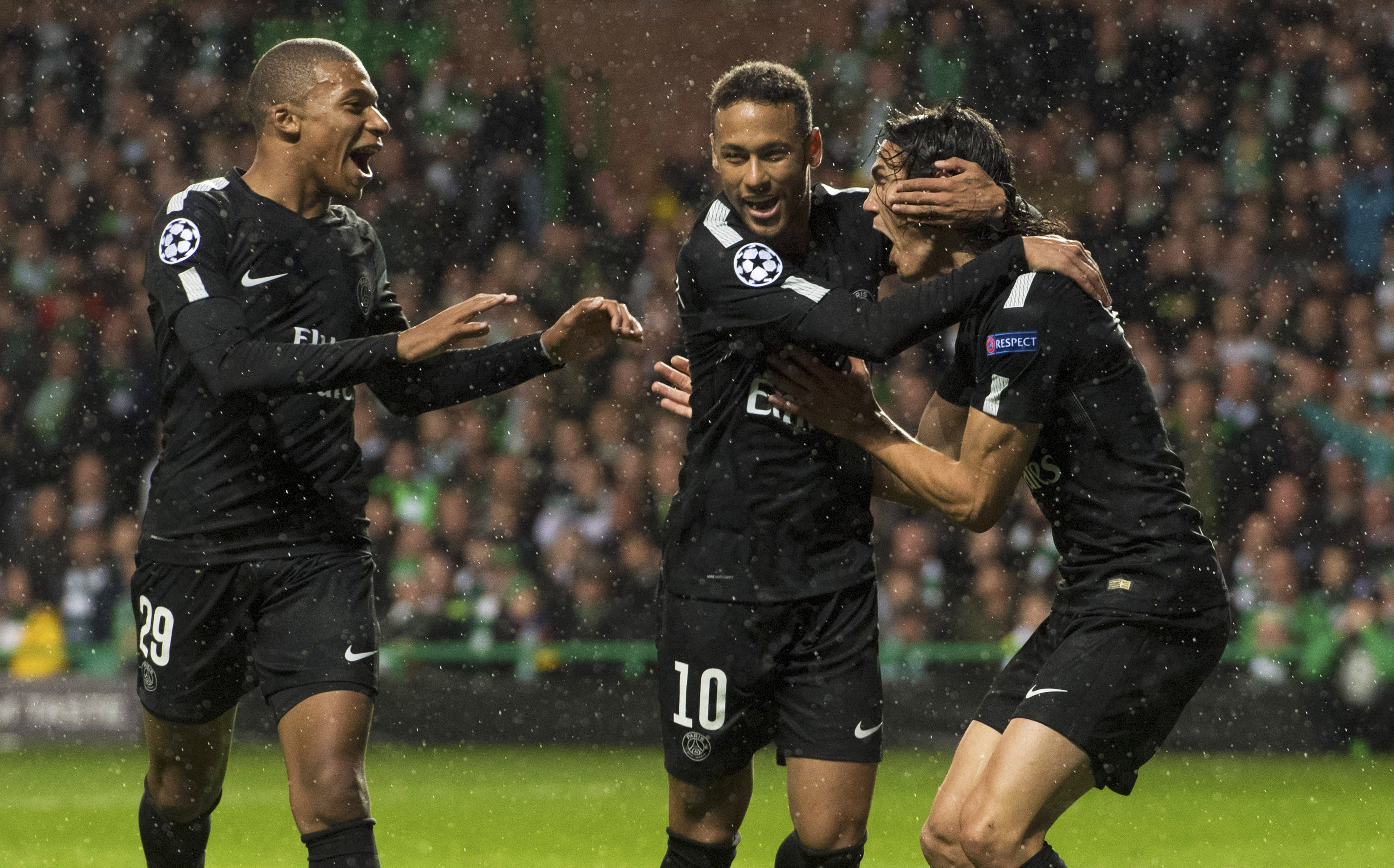 The enormous gulf in class between Scotland’s top team and Europe’s finest was once again underlined at Parkhead as Celtic suffered their worst ever home defeat in European competition at the hands of Paris St-Germain.

Last season it was Barcelona who taught Brendan Rodgers’ side a footballing lesson with a 7-0 hammering in the Nou Camp.

This time they were given the runaround by the classy French outfit, who had the tie wrapped up by half-time.

On paper and on the pitch it was a mismatch with the visitors’ squad valued at some £600 million, and summer arrival Neymar worth a third of that total.

The home side held out for 19 minutes against one of the tournament favourites and it was that man Neymar who broke the deadlock.

There were claims for a foul on Scott Sinclair as he was dispossessed as he broke into the PSG half but with nothing given, the French outfit broke at lightning speed and Neymar was in behind young defender Anthony Ralston to tuck a shot behind Craig Gordon.

Leigh Griffiths had his team’s best effort in the first half when he almost levelled, his superb free-kick tipped away at full stretch by Alphonse Areola.

Celtic’s tough task quickly became even more difficult when Kylian Mbappe doubled PSG’s advantage and when Edinson Cavani converted from the spot after being fouled by Jozo Simunovic, the writing was very much on the wall.

Celtic almost pulled a goal back after Scott Sinclair cut in from the left but his shot from a tight angle was well saved by Alphonse Areola.

Neymar had enjoyed a running battle with Ralston for most of the game and the Brazilian was booked for diving in the 76th minute, much to the delight of a sell-out Parkhead.

Salt was rubbed into Celtic’s wounds seven minutes from time when Lustig turned a driven cross from Draxler into his own net.

A miserable night for the hosts was completed when Cavani netted his second of the game with a sublime header.

“We were too passive, not aggressive enough for some reason,” reflected Rodgers afterwards.

“At this level you have to make the ball work and you have to have the belief. For some reason in the opening period of the game, we didn’t really believe that. The physicality wasn’t what it should have been.

“We were much better in the second half in terms of that aggression and had a couple of wee chances.

“But you have to applaud their quality.

“Tonight we were playing against a real world class opponent. It’s always easy to play at 3-0. But I want a team to start like that at 0-0. If we can do that I’m sure we can achieve our objective to have European football after Christmas.”