Lords picking up cash without speaking

‘Something for nothing’ peers in new scandal 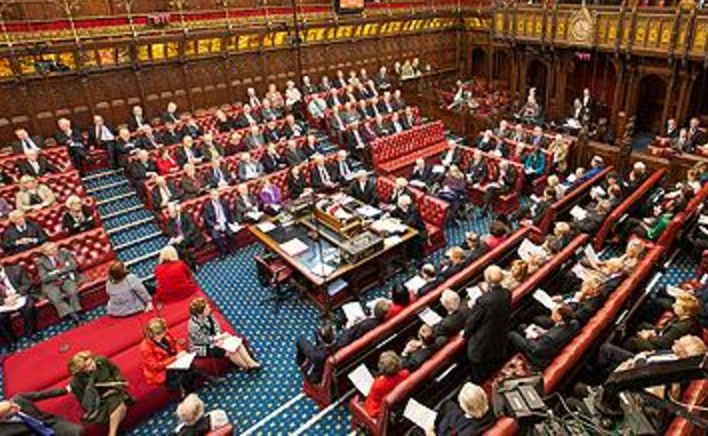 A new expenses scandal emerged today with new figures showing one in seven members of the House of Lords failed to speak in the chamber during the last session but still claimed allowances.

Peers who haven’t spoken in the Lords for an entire year have claimed nearly £1.3m in expenses and allowances, research from the Electoral Reform Society has revealed.

It comes amid an ‘expenses free-for-all’ in the Lords, with expenses claims soaring by 20% in just two years – at a time when public services have been under strain.

The findings show that most peers (58% of those attending the whole 2016/17 session) now claim more than the average full-time Brit’s take-home pay – for what is essentially a part-time role.

The research follows calls in the past week from Commons Speaker John Bercow to cut the size of the upper chamber  – and ahead of the publication of a key Lords inquiry on reducing the number of peers.

Peers do not have to offer proof they have contributed in order to claim up to £300 tax-free per day, plus expenses.

The findings come ahead of a full ERS audit on the state of the House of Lords next month, which will be published to coincide with the launch of the Lord Speaker’s Committee on the Size of the Upper House’s report.

Darren Hughes, Chief Executive of the Electoral Reform Society, said: “These figures are a damning indictment of the state of the House of Lords. There appears to be a growing ‘something for nothing’ culture in our upper house, with tidy sums being claimed by those who barely contribute.

“And there are a worrying number of couch-potato peers and lobby-fodder Lords at a time when there is plenty to scrutinise – ostensibly the upper chamber’s role.

“The fact that over £4m is being claimed by those who speak only a handful of times a year shows just how dire this undemocratic situation has become. It’s completely unacceptable that peers can claim thousands without even speaking or voting in the House – and it highlights the reality that there is no accountability for peers.

“With a 20% surge in expenses claims in the past two years, this is a House that is spiralling out of control. Rather than spending immense sums on peers who fail to even speak up in Parliament, we need a fairly-elected upper House – with a much smaller number of salaried peers – ending the rolling expenses scandal the chamber has become.

“Huge amounts of money are going to the people who contribute the least. This is an outrageous situation. We need to move to a much smaller upper chamber – one that is properly accountable – so that the Lords is no longer seen as a retirement home for party donors but something fit for the Mother of all Parliaments.

“However, piecemeal changes like imposing a retirement age will do little to deal with the real issue – a total lack of accountability among Lords that allows this kind of behaviour to grow and fester.

“From lobby-fodder Lords who only turn up to vote, to couch-potato peers who fail to turn up at all, the situation in the second chamber is a scandal. Now let’s fix this broken House before the situation gets any worse.”

SNP Shadow Leader of the House of Commons Pete Wishart said the House of Lords is a ‘national embarrassment ‘ and that those peers who turn up for an hour and claim £300 daily allowance without saying a word in any debates should be the first to be ‘shown the door’.

He said: “The Electoral Reform Society has done us a massive favour by shining a light into the darker recesses of this parliamentary circus. The public should be appalled that these unelected  ‘lobby fodder Lords’  can claim £300 a day just for turning up – even if it is only for an hour. The place is now quickly becoming a national embarrassment ripe for abolition.

“These 115 silent Lords who haven’t said a word in the last year should be there first to be shown the door quickly followed by the rest of the cronies, donors, failed politicians and hangers on.

:The SNP has long called for the House of Lords to go and we refuse to appoint SNP peers. It is ludicrous that this archaic chamber –  accountable to no one – should be able to decide the laws of the land, and despite overwhelming public opposition, the taxpayer is forced to foot a bill of millions each year to  pay for it.

“This is an issue that has been dragging on for decades with little or no reform under either Labour or the Tories. These findings make it time for the end of the peer show . It is time for it to go – once and for all.’”