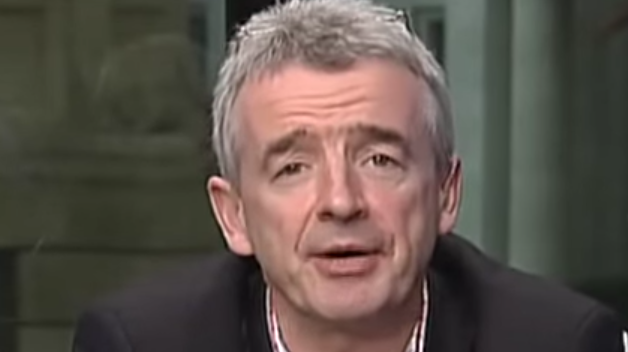 Michael O’Leary: ‘This is our mess-up’

Ryanair’s “mess up” over over pilot holidays, which has led to flight cancellations, is likely to impact on its shares, though analysts point to the relatively minor hit suffered by British Airways over its IT crash in the summer.

The company, however, faces a compensation package of up to €20 million.

Chief executive Michael O’Leary attempted to reassure passengers by saying most would be transferred to an alternative Ryanair flight on the same day.

If not, they would be moved to flights the day before or the following day, and the airline would meet its obligations over compensation.

Details of all the cancelled flights are available on the Ryanair website. and at this stage only a handful of Scottish routes are affected.

Rome, Milan, Brussels and Barcelona airports will be among the most significantly affected by cancelled flights involving some 400,000 passengers.

The problem has arisen over changes to the way the airline organises its holiday year, leaving Ryanair with a backlog of staff leave and a shortage of pilots on standby over the next six weeks.

Air traffic control capacity, strikes, and weather disruptions were causing knock-on delays, because the airline did not have the flexibility it needed from back-up crews, said Mr O’Leary.

Mr O’Leary tried to quell a growing PR disaster by admitting the crisis was largely one of its own making.

“This is our mess-up. When we make a mess in Ryanair we come out with our hands up,” he said.

The longer term impact on Ryanair’s reputation is the big unknown, with some passengers threatening never to use it again.

Your rights when flights are cancelled: