Roxburghe Hotel back on market after failed sale 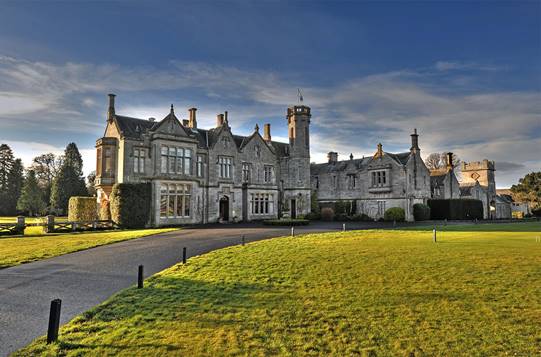 Roxburghe Hotel: back on market

The Roxburghe Hotel and golf course in the Scottish Borders has been put back on the market after a multi-million pound deal collapsed.

Bespoke Hotels, which agreed in June to buy the hotel near Kelso, failed to complete the estimated £3 million acquisition despite announcing that a deal had been done.

Roxburghe Estates agreed terms for the transfer of ownership and completion was expected at the end of July.

After the purchaser failed to commit to the deal there were indications that the property would remain under the ownership of the Roxburghe estate.

However, Savills has been appointed to find another buyer with a price tag in excess of £3.25m.

Bespoke Hotels is the largest independent hotel group in the UK and the Roxburghe’s 22-bedroom luxury hotel and championship golf course was due to become part of its Scottish collection that includes the Carnoustie Golf Hotel, Tulloch Castle in Dingwall and Stonefield Castle, Tarbert.

After announcing the sale on 28 June the Duke of Roxburghe said was “delighted have reached agreement with Bespoke, knowing that they have exciting plans for the future and will invest significantly in the business.

“We strongly believe the Roxburghe has a secure and successful future under Bespoke Hotels’ management.”

Haydn Fentum, founder and chief executive officer of Bespoke Hotels, added: “We are hugely excited by the potential of The Roxburghe and look forward to taking the business into a new era.

“We are keen to build on the excellent work done to date by both Roxburghe Estates and ICMI, which has given us an extremely sound platform on which to build.”

In a statement Savills said: “The hotel and golf course have been brought to the open market after a private sale did not proceed due to the unexpected failure to commit by a purchasing investor.”

Set in 292 acres, the B-Listed mansion was converted into a prestigious 22 bedroom hotel by th Duke of Roxburghe, in 1982.

In a statement issued today he made no reference to the collapse of the Bespoke deal, only to refer to a need for new investment in the hotel.

“It became clear that a new investor needed to come aboard for the Roxburghe to move to the next level and become a world class destination.” he said. “We look forward to seeing the Roxburghe continue to grow successfully in future in new hands.”