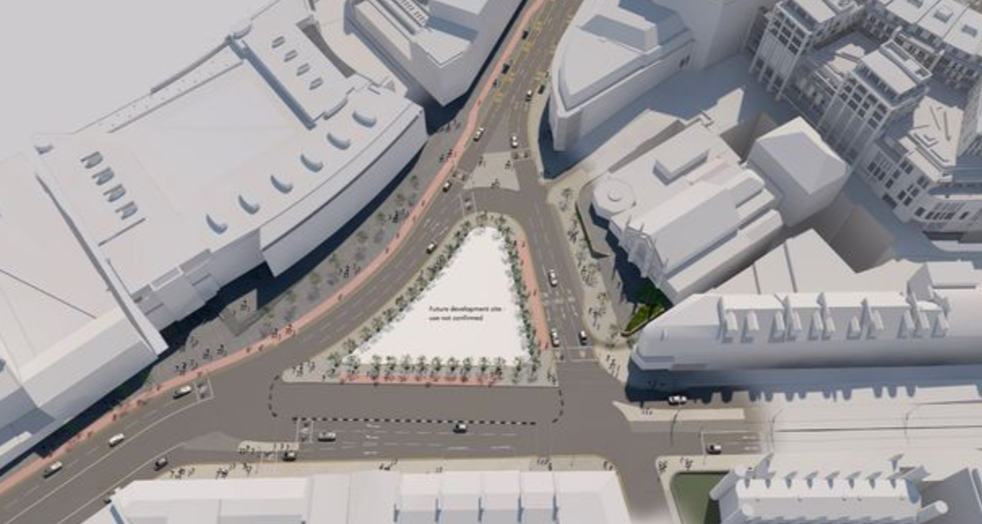 A proposed revamp of one of Edinburgh’s busiest junctions will be put on public display from this weekend.

The current roundabout linking Leith Street, York Place and Picardy Place will be reconfigured alongside the £1 billion St James development nearby.

It aims to improve the layout and make space for a major public transport interchange that may include an extension to the tram line.

TH Real Estate, which is leading the St James project, and Laing O’Rourke have been contracted by Edinburgh Council and the Scottish Government to deliver the Picardy Place programme.

A final decision on extending the tram to Newhaven will be made at the end of next year. The proposed three-mile route extension is forecast to cost £165.2 million, with completion scheduled for 2022.

Councillor Lesley Macinnes, convener of transport and environment at Edinburgh Council, said: “The reconfiguration of Picardy Place is a crucial part of improving what is a key gateway to Edinburgh, regenerating the east end of the city centre and future-proofing the site for future development.

“I’m pleased that the designs have been updated and improved to reflect feedback received from cycle and other interest groups, and that they now pay much closer attention to the needs of all road users, however they may be travelling.

“The project is being planned and managed very much with the ongoing redevelopment of Edinburgh St James and Leith Street in mind, ensuring that works are integrated wherever possible and that any disruption is kept to an absolute minimum.”

Martin Perry, director of development at TH Real Estate, added: “We are confident the delivery of proposals at Picardy Place would enhance the area and pave the way for future development around the site.”

Further information will be available at a public information session at Valvona & Crolla VinCaffè, 11 Multrees Walk, on 23 September between 10am – 4pm.