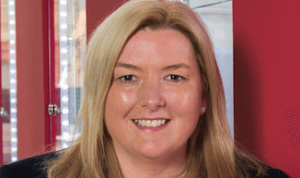 Barrhead Travel has enjoyed another record year of sales despite a Brexit-led dent in consumer confidence.

It says the poor Scottish summer will boost figures for this year as sun-seekers book trips overseas.

The travel group has also referenced a significant investment in the development of its new Training Academy, located in Glasgow city centre.

Barrhead Travel’s top selling destinations in 2016 were Costa Blanca, Lanzarote, Palma, Tenerife and Orlando, with Florida the top long-haul destination. The company also saw large year-on-year increases in travellers to Cuba up 76%, New York up 49%, Thailand up 48%, Costa Dorada up 34% and Calgary up 29%.

CEO Sharon Munro (pictured) said: “Despite the continuing challenging economic climate and the uncertainty surrounding Brexit we have seen both excellent growth and performance in 2016 resulting in a record sales year for the company and continued healthy operating profits.”

Staff numbers have now broken through the 1,000 mark and Barrhead Travel is on track to recruit a further 85, mainly destination specialists, across its network including at its Glasgow headquarters by the end of 2017.

This will bring Barrhead Travel’s number of recruits this year to 234. Barrhead Travel will open more stores in prime locations throughout the UK in 2018.

With a strong focus on investing in youth, Barrhead Travel now employs over 75 Modern Apprentices each year, and expects to have over 100 in training in 2018. All Modern Apprentices are trained at its state of the art Training Academy.