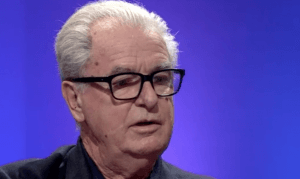 PR company Bell Pottinger is likely to be placed in administration next week, according to industry sources.

The London-based agency has been expelled from the UK public relations trade body after it worked on a controversial contract in South Africa which led to accusations of inciting racial hatred.

Founder Lord Bell, former adviser to Prime Minister Margaret Thatcher, told BBC Newsnight that it was unlikely that the PR firm will survive.

Asked if he thought the latest episode in South Africa meant “it was curtains for Bell Pottinger”, he replied: “Almost certainly, yes. But it has nothing to do with me”.

BDO, the accountancy firm, is expected to handle the administration if a buyer is not found for the 200-employee City firm within the next few days.

The crisis follows an exodus of clients including Carillion, the construction firm, and CYBG, parent group of Clydesdale Bank.

It was triggered by Bell Pottinger’s work for a wealthy South African family, which was said to have stoked racial tensions in the country.

The Public Relations and Communications Association felt that Bell Pottinger had breached its ethical code and expelled it for five years.

James Henderson, the former chief executive, resigned last week, before a report was published, but said that he had not been aware of the actions of colleagues.