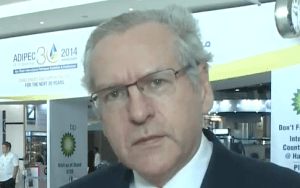 In a trading update the Fife company’s board, chaired by Ian Godden (pictured) says it expects the results for the year ending 31 December 2017 will fall “considerably below expectations”.

This is due to delays in starting work for key customers and lower-than-anticipated orders from the public sector.

These developments are set against the previously announced backdrop of reduced activity in the first half and costs associated with the implementation of the ERP (Enterprise Resource Planning) system.

The company has undergone a significant restructuring which involved some job losses.

Figures reported in April showed total revenue last year was £60.8m (2015:£70.3m). There was a major increase in public sector sales in 2016, especially in the education sector.

Financial sector sales were much lower following the decision by a major customer in 2015 to reduce its refurbishment and development spend.