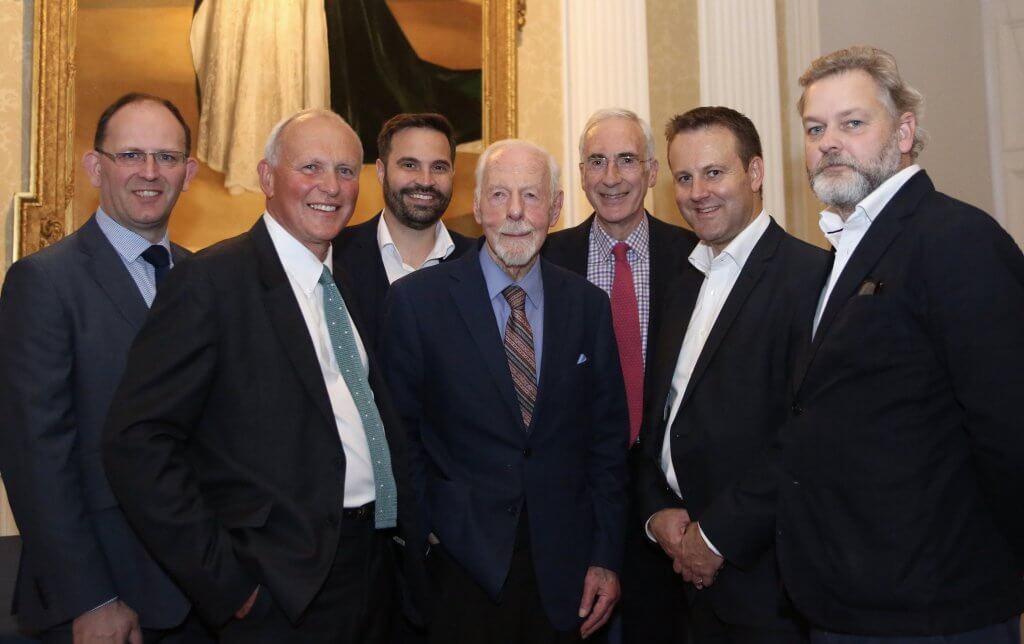 The founding partners of Oberlanders, the Edinburgh-based firm of architects, were among 120 guests who attended a reception and networking evening at the Merchants Hall.

The firm was established in 1983 by Jack Oberlander and David Lawson and, together with Ian Low, they grew the business steadily throughout the 1980s and 1990s with a wide portfolio of projects. The firm has continued to enjoy sustained and steady growth and has won a number of awards for its work.

Oberlanders is now run by four partners, operating from the townhouse office the firm acquired in Edinburgh’s new town in 2007. Workload extends to projects throughout the UK, Ireland and mainland Europe.

Managing partner Philip Macdonald welcomed guests with a brief address on the firm’s growth and presented Mr Lawson, who retired last year, with a framed graphic of some of the key projects he led during his career with the practice.

Oberlanders has recently secured several new contracts, including the University of Edinburgh Holyrood Campus redevelopment; the new hospitals in Skye and Aviemore, working in conjunction with Skye based Architects Rural Design; the University of Dundee Business School; and veterinary laboratory works in Inverness for Highlands & Islands Enterprise and SRUC. 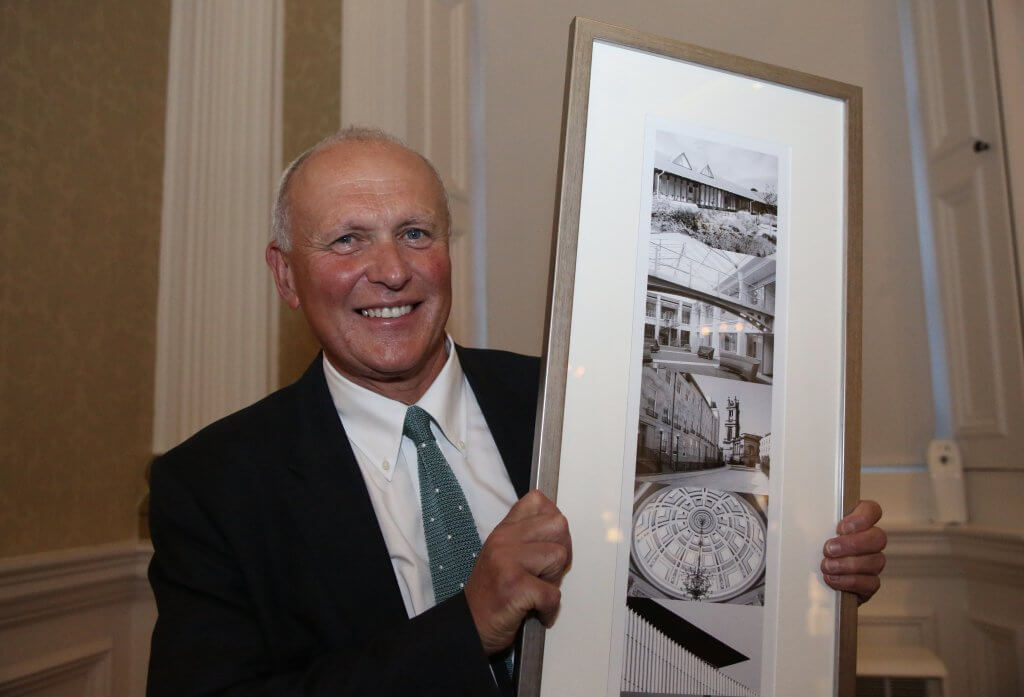 David Lawson with his gift

Mr Macdonald said: “We are very proud of the track record of success we have achieved over the years. All of this has been possible because of the firm roots established by Jack, David and Ian.

“With all of the founding partners now enjoying their well-earned retirement, we very much see it as our mission to carry the practice forward and to ensure its continued growth and success.

“We have a fantastic team of talented staff and an ever growing network of clients throughout the UK and beyond. We are excited by the opportunities ahead of us as a business.”