Call for no change to basic rate 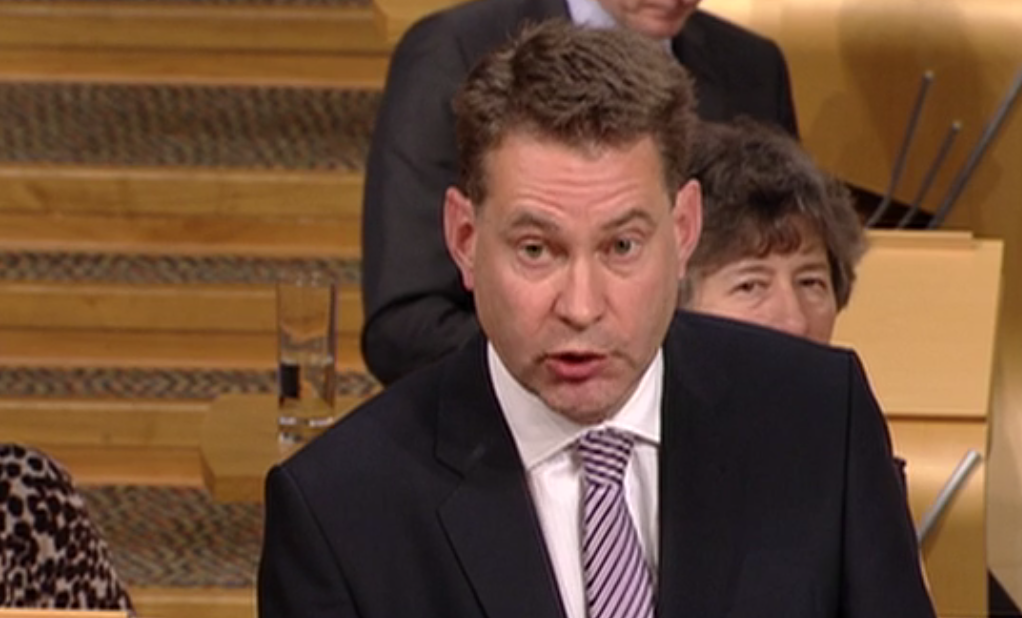 Murdo Fraser: a tax rise will hit those who can least afford it

Scottish workers should not be hit by a hike in taxes, the Scottish Conservatives will argue during a potentially explosive debate in parliament.

Shadow finance secretary Murdo Fraser will warn about the implications of increasing income tax across all bands.

He will challenge opinion in all the other main parties that favours an increase in taxes. Labour’s interim leader Alex Rowley will demand the SNP government uses its powers to raise taxes to reverse cuts in public expenditure.

Mr Rowley, will argue that the SNP has failed to use the powers it has to generate the funds needed and this, coupled with Tory austerity, “has left Scotland’s public services and the communities they serve under intolerable pressure.”

He will say: “The SNP faces a choice: tax cuts for the richest and public spending cuts for the rest with the Tories, or using the powers to protect public services with Labour. Today Nicola Sturgeon and her MSPs must make that choice.”

Mr Fraser will say that any increase in the basic rate will hit those workers who can least afford it, with more than 80% of Scotland’s taxpaying workforce paid between £11,500 and £43,000 per year.

They will add that increasing rates at higher levels will reinforce Scotland’s reputation as a high-tax economy, and lead to less cash being collected in the long-run.

Finance secretary Derek Mackay has written to all Holyrood parties asking for their views on taxation.

The Tories say that when challenged at First Minister’s Questions two weeks ago by party leader Ruth Davidson, First Minister Nicola Sturgeon refused to rule out increases in income tax for workers north of the border on the basic rate.

This, they say, directly contradicts pledges made in previous SNP manifestoes.

Mr Fraser said: “Labour have been quite upfront in saying that they think all workers, including those on low incomes, should pay even more.

“We now need to hear from the SNP if it has changed its mind and also believes it’s worth hitting more than 80 per cent of Scotland’s taxpayers in the pocket.

“We simply don’t accept that there is a case for increasing the tax burden on hardworking Scottish families.

“The reality is we are already spending much more on our public services than the UK average, but in too many cases having poorer outcomes.

“And with increasing taxes for those paying above the basic rate, there is a real risk that you end up with a lower tax take as a result.

“It sends out a dangerous message which suggests Scotland is not an attractive place to live, work and do business if we are the highest-taxed part of the UK.

“We want competitive taxes in Scotland to help grow our economy, increase tax revenues and make Scotland the best place to be.

“We reject these calls from Labour to do the opposite, and urge the SNP to make its position clear.”

The amendment the Scottish Conservatives will put down states: “That the Parliament believes that there is no case for raising income tax rates in Scotland above those payable elsewhere in the UK; and that to provide clarity and reassurance for the lowest-paid, a rise in the basic rate of income tax should be immediately ruled out.”