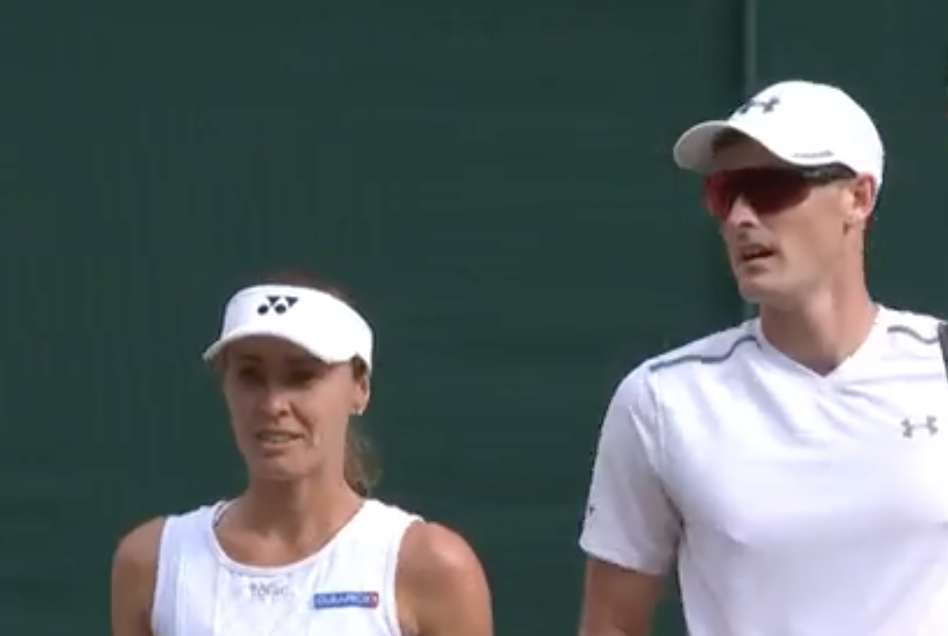 Hingis and Murray: declined to say if they will continue their unbeaten partnership

Jamie Murray and his Swiss partner Martina Hingis added the US Open title to their Wimbledon mixed doubles crown, maintaining their unbeaten record.

The match was played in front of a decent-sized crowd on the Arthur Ashe court with Murray and Hingis finally securing victory 6-1 4-6 10-8 in 69 minutes.

Afterwards Murray said: “I tried to find the best partner, she is an amazing player.”

They are unbeaten in 10 matches but declined to say if they would play as partners again with Hingis saying she would assess which tournaments she wants to play at the end of the season. She now has 24 Grand Slam titles across singles and doubles.

> Sloane Stephens won her first grand slam title at the US Open with a one-sided victory over close friend and compatriot Madison Keys.

The two young Americans were both playing in their maiden slam final which was all over in 61 minutes as Stephens triumphed 6-3 6-0.

The victory caps a remarkable summer for the 24-year-old Stephens who was unable to walk in January after undergoing surgery for a foot injury.

At 83 in the rankings, she is the fifth lowest-ranked woman to win a slam title in the Open era and her ranking will now soar to 17.