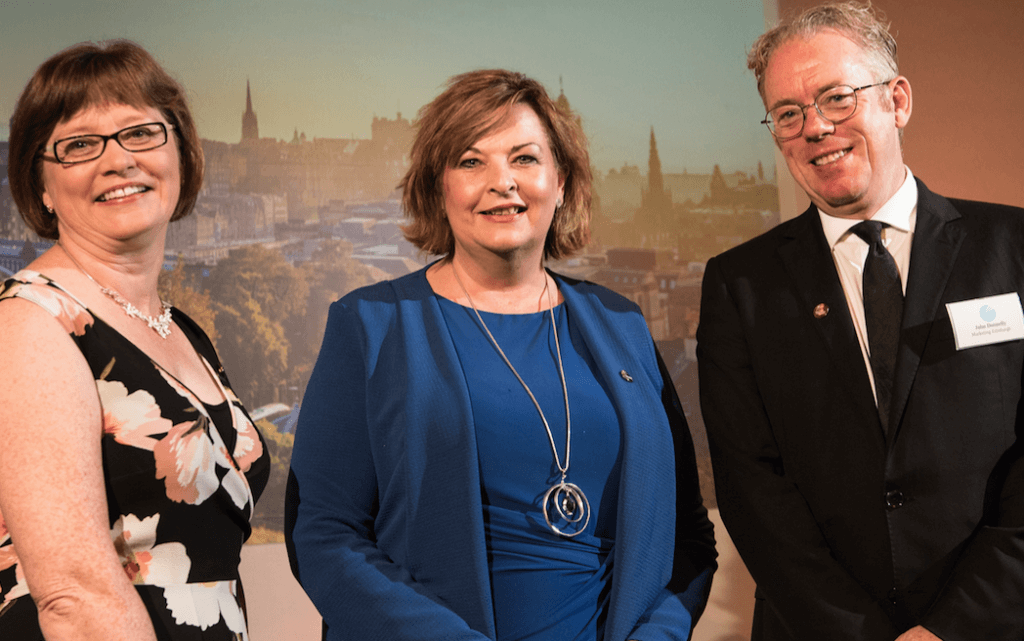 Tourism and Culture Secretary Fiona Hyslop praised the contribution of the business, academic and scientific community to the promotion of Edinburgh.

Attending the Edinburgh Ambassador Dinner, Fiona Hyslop, congratulated more 75 representatives of these sectors on the significant role they had played in generating £941 million for the local economy in the last 21 years.

In the last 12 months alone this had included confirming events such as Eurocities 2018 and the European Association of Neurosurgical Societies Workshop 2018.

Taking place at the Edinburgh Corn Exchange, the annual dinner was attended by world recognised leaders in their field, including the University of Edinburgh, Moredun Research Institute, NHS Research Scotland and The Royal Infirmary of Edinburgh.

Ms Hyslop said: “Attracting major conferences and exhibitions to our Capital, and to other towns and cities across the country, helps reinforce Scotland’s credentials as a top international destination for business tourists.

“Business ambassadors play a key role as the bridge between other key economic sectors and attracting events and helping secure inward investment. They have a compelling story to tell about Edinburgh.”

“Across key sectors, such as life sciences, renewables, technology and creative industries, our ambassadors are helping to generate future interest and investment in Edinburgh and Scotland.

“The Edinburgh Ambassador Programme is the gold standard for that collective approach in winning new conferences and raising awareness of Edinburgh as one of the best meeting destinations in the world,” she said.

“From food and drink to medical and finance, Edinburgh’s new business tourism campaign will focus on seven sectors in which our city and Scotland excel. It is the ideal opportunity for local experts to get involved and help spread the word across their networks.”

Overseen by Convention Edinburgh, the business tourism arm of the city’s official marketing agency, Marketing Edinburgh, the Edinburgh Ambassador Programme has more than 500 members, working together to promote Edinburgh as a host destination for national and international conferences and events.

Currently ranked 27 in the world’s city rankings according to the International Congress and Convention Association (ICCA) and 18 in Europe, Edinburgh annually holds more international association meetings than any other UK city outside of London.