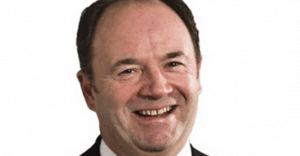 Scottish packaging company Macfarlane is acquiring a Midlands-based business in a deal worth £16.75 million.

Greenwoods is a long standing packaging distributor located in Nottingham with a small manufacturing facility in Melton Mowbray and good access throughout the East Midlands.

Glasgow-based Macfarlane says the acquisition – its largest to date –  is expected to be earnings enhancing in the first full year of ownership. It will raise £8m through a placing of shares to help fund the deal.

There will be a deferred payment of up to £3.25m payable in cash, subject to certain trading targets being met in the first year after acquisition.

Greenwoods has minimal customer overlap with Macfarlane and the directors believe that it will provide access to new markets for clothing and apparel customers and the opportunity to sell the Macfarlane range of products to Greenwoods customers.

The key member of the GSB management team and its sole director is John Greenwood and a new service contract is being entered into with him as part of the acquisition.

·    Macfarlane intends to raise £8 million before expenses through the placing arranged by Arden Partners of up to 12,121,212 new ordinary shares at a price not less than 66p per share with new and existing shareholders.

·    The funds raised from the placing will be used to part fund the acquisition.

·    At the lowest price of 66p, this represents a discount of approximately 1.1% to the closing price on 15 September, being the last business day before this announcement.

·    Admission of the placingsShares and vendor shares is expected to take place on 21 September.

Macfarlane’s chief executive, Peter Atkinson commented: “This acquisition is another major step forward in our growth strategy. Greenwoods is a long established, high quality business which has successfully developed into attractive markets with good growth potential.

“We see significant benefits in Greenwoods becoming part of the Macfarlane Group and look forward to their continued success.”