Sleep in Park for homeless

Littlejohn ‘blown away’ by sleep out support 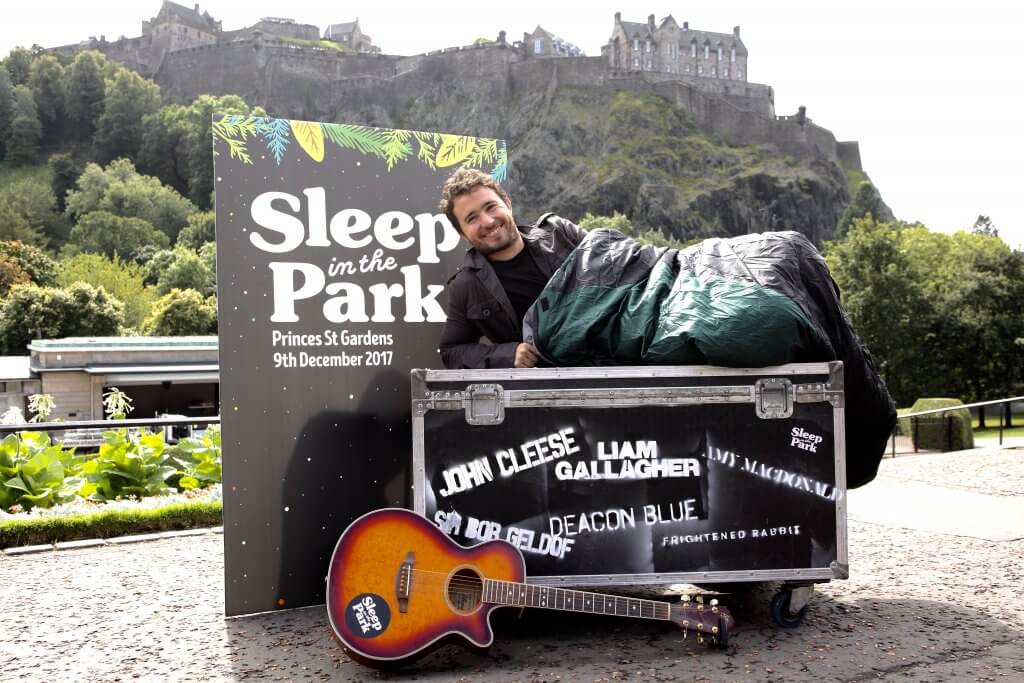 More than 2.000 people have signed up to sleep rough in Edinburgh this December, raising £500,000 in just three weeks.

The world’s largest ever sleep out will take place on 9 December, and aims to raise £4 million to help eradicate homelessness in Scotland in five years.

A number of top performers including Liam Gallagher, Amy Macdonald and John Cleese have agreed to perform at the event in the city’s West Princes Street Gardens in the shadow of the castle.

It is hoped 9,000 will take part in Sleep in the Park which follows last December’s successful CEO Sleep Out in Charlotte Square Gardens.

Josh Littlejohn, Social Bite co-founder, said: “I am blown away by the kindness of Scotland. It’s been an incredible response to see over 2,000 sign up to take part in Sleep in the Park in just three weeks, raising £500,000 in the process.

“We raised half a million pounds last year at our CEO Sleep Out, and to match this in such a short space of time is testament to the compassion of the people getting behind the event.

“We have seen 2,000 people from all walks of life join our movement to end homelessness in Scotland for good. I’d like to thank those who are already taking part in Sleep in the Park, but would urge others to do the same and join us.

“Our target amount of £4 million will be invested into housing solutions, addiction support and employment programmes to support a large number of people out of homelessness and back into society where they belong.”

Comedian Rob Brydon will be hosting the event and attendees will also hear from Sir Bob Geldof on his support for the cause.

Sir Bob will also be joining participants and sleeping out with a host of other celebrities, sports personalities and figures from across Scotland’s political parties.

Members of the public can join Sleep in the Park by committing to fundraising at least £100. Businesses can sponsor the event by signing up a team of five with a minimum fundraising commitment of £3,000.

To find our more and to sign up, visit www.sleepinthepark.co.uk

Daily Business is supporting this event and is keen to hear from companies and their representatives who are taking part.