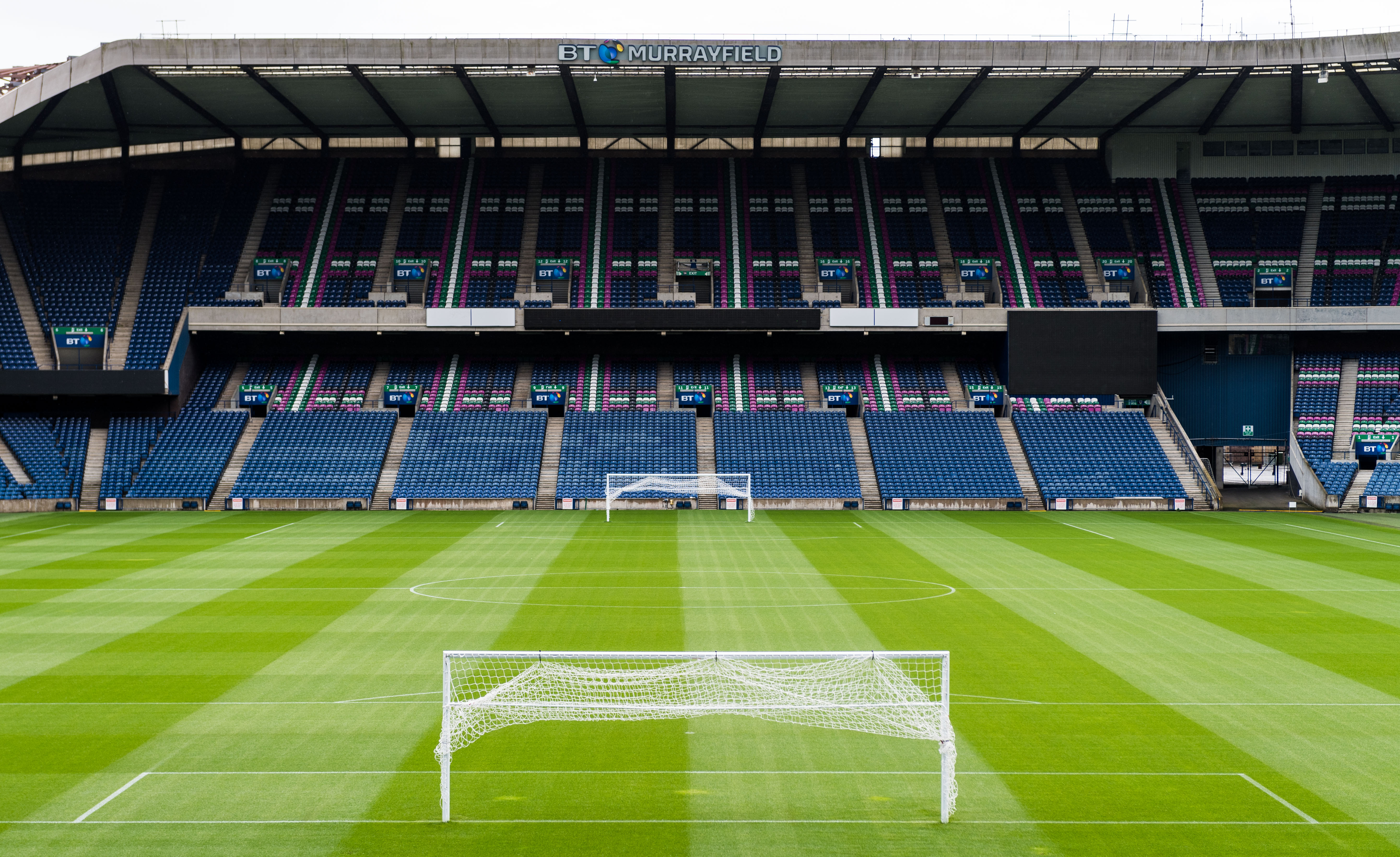 Hearts will play the first of three league games at Murrayfield when Aberdeen visit this weekend (pic: SNS Group).

The home of Scottish rugby will become the temporary base for Hearts from tomorrow as the Jambos kick-off their stay at BT Murrayfield with a league game against table-topping Aberdeen.

The delayed redevelopment of the Tynecastle main stand has led to Hearts committing to play three games at the neighbouring venue on the back of four away fixtures to start their Premiership campaign.

It’s a far from ideal scenario for the Gorgie outfit but new manager Craig Levein insists the players cannot use the cavernous stadium as an excuse for any below-par performances.

“It’s difficult, but going to BT Murrayfield on Saturday, I’ve been there before,” he said.

“I’ve got good memories and good experiences there.

“If you’re going to be away from home, somewhere that’s going to be called a home game, then is that not a brilliant place to go?

“It’s a wonderful stadium and the pitch will be brilliant. I’m looking forward to it.

“I think the players will enjoy it. It’s a neutral venue, it’s not a home match and it’s not an away match.

“As I say, the stadium’s fantastic, the pitch will be amazing and there will be no excuses.”

It will be Levein’s first match in charge since being unveiled as Ian Cathro’s successor last week, the former Scotland boss returning to club management for the first time since leaving Dundee United in 2009 for the national team.

The 52-year-old, who is also director of football at Tynecastle, admitted to feeling more than a touch of nerves this week as the Dons clash came fully into focus.

“Being on the training ground this week I have had a few butterflies,” he said.

“I am looking forward to Saturday. In my previous role I was just watching and giving some advice if asked.

“This is different. For the first time in four or five years I have had to look at the game plan and select the players, which are things I am looking forward to. I would imagine there would be a touch of nerves on Saturday.”

He added: “We’ve got a situation that’s a little bit unusual but there’s ways of coping with it.

“I think it’s important that all of us realise that we need to keep our emotions under control, play with a focus and determination that enables us to win matches.

“At this minute in time, all the things that have happened since the start of pre-season training have been quite stressful for the players, you could imagine.

“I’m just trying to calm everybody down and keep it simple, and make sure that we play with an energy and drive and passion that our supporters want.”

Levein has taken charge of Hearts at Murrayfield once before when he was in the dugout for the UEFA Cup clash with Braga in 2004, shortly before he left to join Leicester City.

Aberdeen, who are thought to be bringing in the region of 7000 fans to the game, have been denied access by Hearts to train on the pitch ahead of the match.

Manager Derek McInnes had wanted to give his players the chance to familiarise themselves with Murrayfield by staging a training session there but was knocked back by the Edinburgh club, who instead said they would be willing to grant their visitors a walking tour of the venue.

In addition to the Dons game, Hearts are also scheduled to play St Johnstone and Rangers in the Premiership next month at Murrayfield.