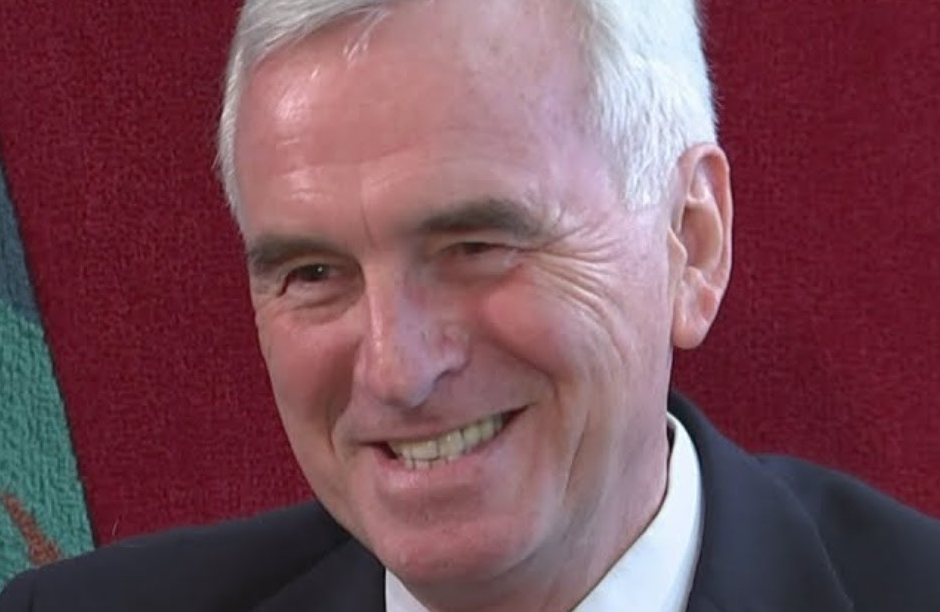 John McDonnell: will amend the law on credit cards

The Bank of England will today update the market on its approach to lending in the fast-growing consumer debt market, having already warned  that it might unveil measures for tackling rising household borrowing.

Alex Brazier, the Bank’s executive director of financial stability, warned about the dangers of a market that was growing at 10% a year when household income had grown only 1.5%.

The Bank has written to lenders that provide car finance to ask them to analyse the effect of a fall in car values. It has also asked for details on the basis on which they were issuing personal loans and ordered banks to look at the terms under which they are granting 0% balance transfers on credit cards.

Royal Bank of Scotland is to delay introducing a cut-price credit card amid concerns about the £200 billion of lending amassed by UK households.

Ross McEwan, chief executive, said: “We just don’t think now is the right time, with consumer debt having grown so much.”

Any new proposals from the Bank of England will coincide with Labour’s call for a cap on the interest that lenders can charge on credit cards.

No borrower would pay more in interest than they had originally borrowed under plans to be announced by Shadow chancellor John McDonnell.

He says more than three million people are “trapped” by credit card debt and will unveil his proposed change in the law in a speech at Labour’s conference in Brighton.

His proposal follows calls from the Financial Conduct Authority for new measures to help those caught up in credit card debt.

Addressing delegates in Brighton, Mr McDonnell will say: “The Financial Conduct Authority has argued for action to be taken on credit card debt as on payday loans.

“I am calling upon the government to act now apply the same rules on payday loans to credit card debt.

“It means that no-one will ever pay more in interest than their original loan.

“If the Tories refuse to act, I can announce today that the next Labour government will amend the law.”

UK Finance, which represents the financial and banking industry, said it was committed to responsible lending and that consumer credit was important for economic growth.

It added that “the last thing the industry wants is to see those who are most vulnerable being pushed towards the hands of unscrupulous and unregulated lenders”.