Kemp quits after ‘loss of confidence’ in training body 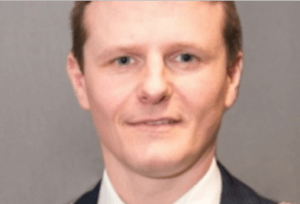 The President of the Scottish Building Federation is reported to have resigned from two construction industry training groups after losing confidence in the way they operate.

Trade sources say Mr Kemp has quit following a dispute over apprenticeships and claims of a lack of consultation with contractors by the training body.

A resignation email to CITB chief executive Sarah Beale, seen by Construction Enquirer, Mr Kemp states: “I have felt for some time now that CITB operate in a manner to achieve agreement for what they want to do, rather than what the construction industry or local communities need to run their businesses in an economically viable way, with the resources they need to do it.

“As a levy payer and a business that employs directly (and who value very highly craft apprenticeship training) I feel that CITB are certainly losing the confidence of key players in Scotland.”

> Talks aimed at saving Paisley company Power One are ongoing after a meeting between representatives of the company and Galliford Try which is accused of delaying crucial payments.

It is understood that Galliford Try is demanding a reduction in the payments owed.

Power One is owed £3.75m as part of a contract to fit energy-saving LED street light columns and bulbs in Northumberland for the county council.