Benny Higgins, outgoing CEO of Tesco Bank is to help the Scottish government set up a Scottish National Investment Bank.

Mr Higgins, who announced in the summer that he was stepping down from the retail bank, will undertake vital work in creating the infrastructure for the new institution.

His role was unveiled as part of Nicola Sturgeon’s new programme for government in which she confirmed a lifting of the 1% cap on public service pay and pledged the most radical change in the way Scotland’s schools are run.

The government will take forward the reform of business rates and help turn Edinburgh into a top ten global centre for fintech companies. There will be a doubling of support for CivTech which harnesses technology to improve efficiency in the public sector.

More help will be offered to nurture technologies in the North Sea oil and gas sector, a 70% increase in funding support for business research, and doubling of funds for the film and television sector to £20m.

Comment: FM may have bitten off more than she can chew

A new scheme will support 40 of the most promising entrepreneurs through a new Unlocking Ambition Challenge supported by established entrepreneurs and there will be an expansion of the network of trade envoys as well as new hub in Paris.

Ms Sturgeon said companies continued to demand greater access to capital and she announced that “the time is right to take a new approach to capital investment”.

She said: “We will begin work to establish a Scottish National Investment Bank.” 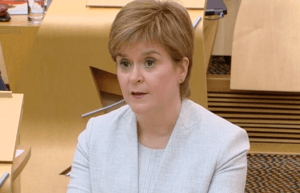 Ms Sturgeon said that with the opening of the QC the nation’s infrastructure has been transformed and said there would be new measures to improve the rail network.

The programme includes “identifying a public body to bid for the next ScotRail franchise contract and setting out the next steps in preparation of the bid.”

She set new targets on cutting carbon emissions and will phase out new petrol and diesel cars by 2032, eight years ahead of the UK government. There will be a deposit return scheme to tackle litter.

“We live in times of global challenge and change,” she said, claiming her new legislative programme was the most ambitious since the SNP came to power ten years ago.

She spoke of the need to tackle an ageing population and “deep seated challenges of poverty and inequality”.

She said: “It is a programme to invest in our future and shape Scotland’s destiny.

“Improving education and closing the attainment gap is our number one priority.

“It is the biggest and most radical change in the way our schools are run,” she said. It will give more powers to head teachers.

The government will aim to build 50,000 affordable homes and promised to “eradicate rough sleeping”. A group will be set up to tackle the issue backed by a £10m fund.

There is an increase in funding for the NHS and Frank’s Law – which gives free care to those under 65 – will be introduced.

The age of criminality will be raised from eight to 12 and extends presumption against short-term sentences.

> Comment: FM may have bitten off more than she can chew 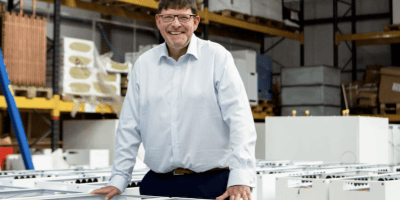