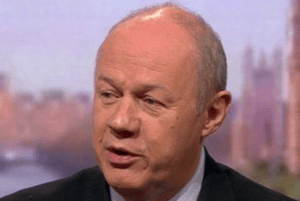 An admission by Damian Green, the First Secretary of State, that the UK government plans to take control over agriculture has been seized on as evidence of a Westminster ‘power grab’.

In an interview with Politico, Mr Green (pictured) said that powers currently held at a European level would not be devolved because “we need to make sure that we don’t have subsidy wars to try to help sheep farmers, some in Scotland and some in Wales and so on.”

During the EU referendum, the Leave campaign promised that “major” powers over areas such as agriculture “would automatically be devolved to Holyrood, not Westminster”.

It says Conservative party representatives have been unable to name a single power that will revert to Holyrood.

SNP MSP Maree Todd said: “Damian Green has let the cat out of the bag.

“It’s been obvious for months that the Tories were lining up for a power grab – and now Damian Green has explicitly said that the UK government plans to take control of Scottish agriculture for the first time since devolution.

“That fundamentally undermines the founding principles of devolution – and it’s a complete betrayal of the Leave campaign’s promises to Scotland.

“The Scottish Government are not opposed in principle to agreeing UK-wide frameworks where powers are returning from Brussels. But that must be by mutual agreement and not imposed on Scotland against our will.

“Damian Green has just confirmed that the Tories are lining up for a blatant power-grab and the Scottish Parliament must not stand for it.”