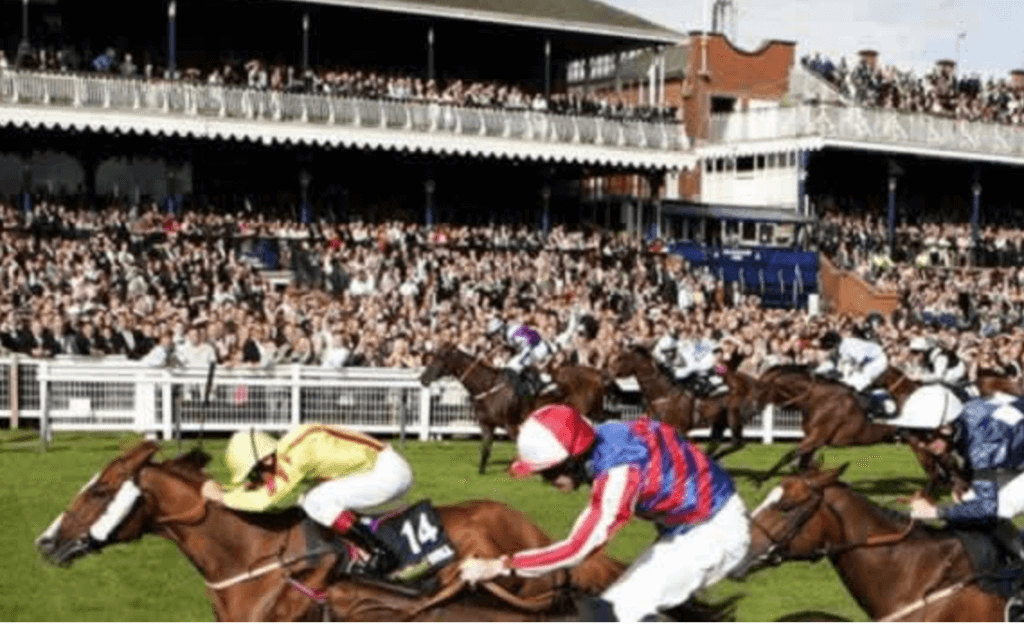 A big weekend of racing kicks off with two re-scheduled meetings and it could be a huge reward awaiting trainer John Gosden.

He runs the likely favourites in the renamed Ayr Gold Cup, run today as the 32Red Gold Cup at Haydock, and in tomorrow’s Prix de l’Arc de Triomphe .

His runner Johnny Barnes is a big tip for the Haydock race, which replaces the Ayr Gold Cup, abandoned because of a waterlogged track.

Connections of Johnny Barnes say the five-year-old is “in the form of his life” after his win over seven furlongs at Goodwood last month. That proven stamina could prove a considerable asset in what will be soggy conditions.

The ground will suit Growl and if he returns to his best he should go well, says trainer Richard Fahey. Another which will like the ground is Andrew Balding’s Donjuan Triumphant.

It is shaping up to be among the most competitive in years with Gosden hoping for a second success in three years, this time with big race winner Enable.

The filly, owned by Saudi prince Khalid Abdullah, has won the Epsom, Irish and Yorkshire Oaks, as well as the King George VI and Queen Elizabeth Stakes at Ascot.

O’Brien has five runners among the 18 declared after withdrawing last year’s runner-up Highland Reel and Derby second Cliffs Of Moher on Thursday.

Jockey Ryan Moore has chosen to ride Winter for O’Brien ahead of Order Of St George, who will be partnered by the trainer’s son Donnacha.

Wayne Lordan rides Capri, Seamie Heffernan will be on Idaho while Seventh Heaven, the mount of Pat Smullen, completes the O’Brien contingent.

Likely favourite Enable is ridden by Frankie Dettori, who is in the line-up for the 28th time in 29 years (he missed the race in 2013 with a broken ankle) and is looking for a record-breaking fifth victory.

This is the 96th renewal of the race and Gosden says the narrow track at Chantilly, with its tight hairpin bend, can cause the horses to slow down.

“Quite often the best horse does not win at Chantilly because of the nature of the track,” he told one racing pundit.

Enable is strongly fancied because of her stamina and because fillies are given a weight allowance.

Zarkava, Danedream and Trêve all won well in recent years when getting plenty of weight and Enable has benefited from the lighter load in her races.

She won the Group 1 King George VI and Queen Elizabeth Stakes, after receiving 14lb from the Eclipse winner Ulysses, but she won by four and half lengths. Off level weights, she would still have won by half a length.

No one doubts that the daughter of Nathaniel has bags of talent and an impressive turn of foot and an ability to go on any ground.