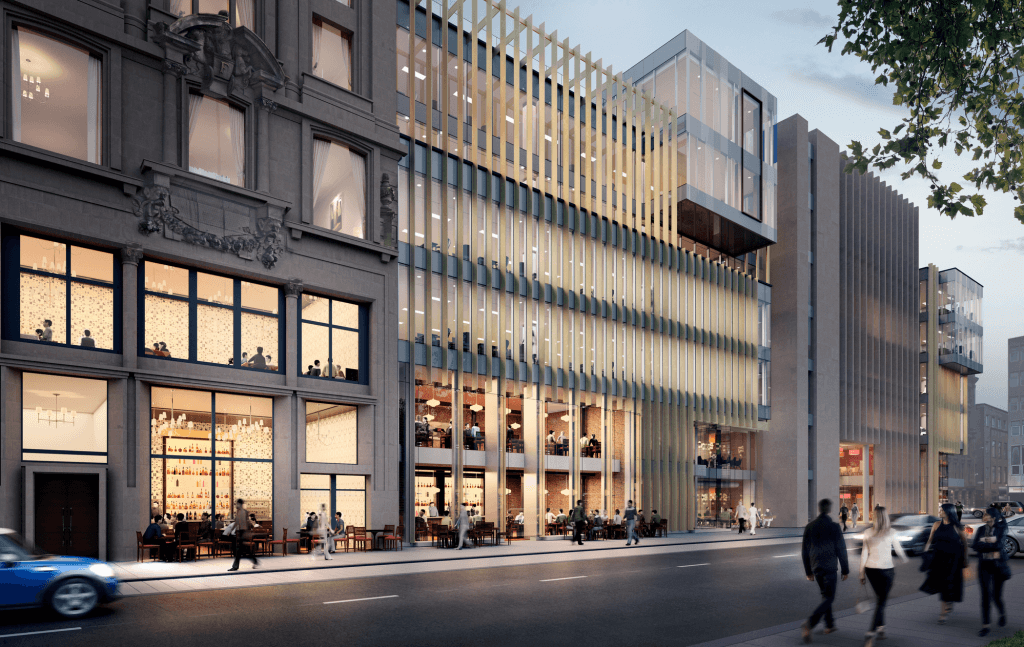 Culinary choice: There will be six restaurants in the new development

Gaucho, the Argentine steakhouse, will be the latest addition to Edinburgh’s growing cuisine quarter with its first outlet in Scotland.

The chain will become the fifth of six restaurants opening in the newly-developed Standard Life building in St Andrew Square.

The Argentine steakhouse has signed a 20-year lease for a 6,512 sq ft unit next to Wagamama. The Ivy brasserie and Vapiano are opening soon, while Drake & Morgan has launched The Refinery and Dishoom has created a Bombay-style café.

Other restaurants are due to open on the east side of the square once the Chris Stewart development is complete.

David Stewart, fund manager, Aberdeen Standard Investments, said: “The line-up on the South side of the square is now complete.

“We have attracted a great mix of restaurants and chefs to Scotland for the first time, and created a new high-quality leisure hub in the heart of the city.  St Andrew Square is a fantastic location and we are proud to have played a major part in its renaissance and regeneration.”

Ralph Jones, managing director of Peveril Securities, added: “As work draws to a close on the development, Gaucho joins an impressive collection of restaurants and is the last piece of the jigsaw on the south side of the square. What used to be an unloved, half-empty street is now a flourishing desirable destination.”

Boris Johnson: ‘we will have to live with it’ Boris Johnson will not offer furtherRead More