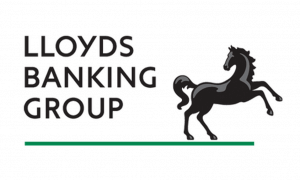 Former executives of Lloyds Banking Group executives and the City regulator will face several days of grilling in court next month over the bank’s purchase of HBOS during the financial crisis.

Chief executive at the time Eric Daniels and his chairman Sir Victor Blank will be forced to explain why they spent £12 billion buying the failed bank which almost brought Lloyds down.

Investors who saw the value of their holdings plummet are suing the bank for £600m. The Lloyds/HBOS Shareholder Action group represents about 5,700 private shareholders and another 300 corporate entities, including institutional investors.

The hearing is due to start by mid-October and the former head of the now defunct Financial Services Authority, Hector Sants, is also expected to be called.

Daniels could be in court for up to four days and Sir Victor Blank for two. Also expected to give evidence are former Lloyds board members Archie Kane, who led Scottish Widows and now governs Bank of Ireland, Helen Weir and Truett Tate.

The group litigation order is headed by law firm Harcus Sinclair, with funding for the action by Therium Capital Management, a specialist litigation funder.

The case will be heard by Justice Norris and centres on alleged breaches of duty by Lloyds executives in their purchase of HBOS at the end of 2008, at the height of market turmoil during the financial crisis.

Lloyds’ defence will hinge on the argument that disclosures to shareholders at the time were adequate, while the majority of shareholders have not joined the legal action.

A spokesperson for the bank said: “The group’s position remains that we do not believe there to be any merit to these claims and we will robustly contest this legal action.”

The complainants say directors did not disclose to the Lloyds TSB shareholders that Lloyds had secretly made a £10bn loan facility available to HBOS and that HBOS had been receiving covert funding from central banks.

HBOS collapsed in 2008 when wholesale funding markets froze and was rescued by Lloyds with the backing of the government. The Labour government changed competition law so the deal could complete.