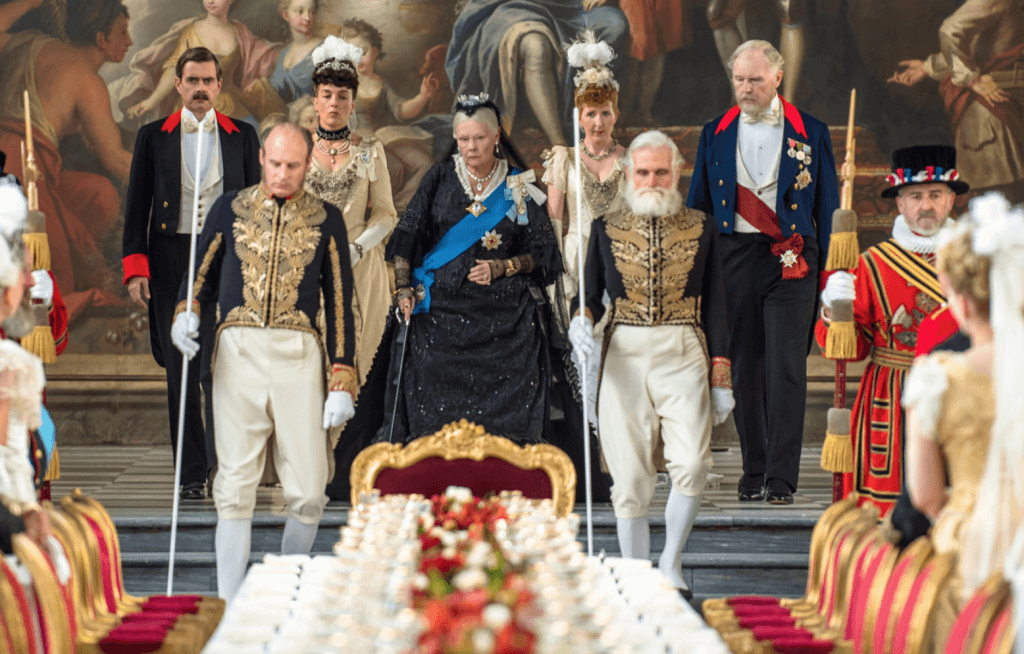 Scots vintage furniture specialist Scaramanga is playing a starring role in one of the year’s blockbuster movies.

Fifteen of its products in the new Queen Victoria film Victoria & Abdul. It is the sixth major movie to use its wares in just five years and the largest and most diverse film order yet.

It comes just 14 months after the Fife-based firm saw six of its vintage trunks destroyed by stampeding wildebeest in Warner Brothers’ $180m action drama The Legend Of Tarzan.

Two of its vintage travel trunks and a range of authentic Indian boxes, tins and leather journals will be seen from today in British film Victoria & Abdul.

It tells the true story of the unlikely friendship between Queen Victoria (Dame Judi Dench) and young clerk Abdul Karim (Ali Fazal), who becomes her teacher, spiritual advisor and devoted friend after being sent from India in 1887 to present her with a ceremonial medal for her Golden Jubilee.

The new role for the Cupar firm came about when they got a call last October from a props buyer for the movie looking for two vintage travel trunks from the right period for a picnic scene being shot in the Scottish Highlands.

Scaramanga was able to dispatch what he wanted the same day.

Soon afterwards, he called back to buy some Indian boxes, spice pots, tins and leather journals, which they also stock, and they were sent off to the production being made by Focus Features, Working Title, BBC Films and other partners and directed by Oscar-nominated director Stephen Frears (The Queen).

Supplying movies and TV shows with hard-to-find authentic vintage items is not an unusual order for the firm. Previous silver screen customers include 2012 Lord of the Rings blockbuster The Hobbit – the company supplied the antique brass padlocks in Bilbo’s house – 2014 Disney Sleeping Beauty prequel Maleficent starring Angelia Jolie – Scaramanga provided 10 medieval-looking pieces – and 2012 Tim Burton epic Dark Shadows – the company supplied trunks for Liverpool Docks scenes. The firm also sold one of its iconic leather bags to 2014 Tom Cruise movie Edge of Tomorrow, but it didn’t make it onto the big screen.

The company, which also sells its bags, vintage furniture and homewares online and in its Cupar store, has also been used as a supplier of vintage props for TV shows including Strictly Come Dancing, Celebrity Big Brother, Peaky Blinders, Jericho, Hollyoaks and 60 Minute Makeover. 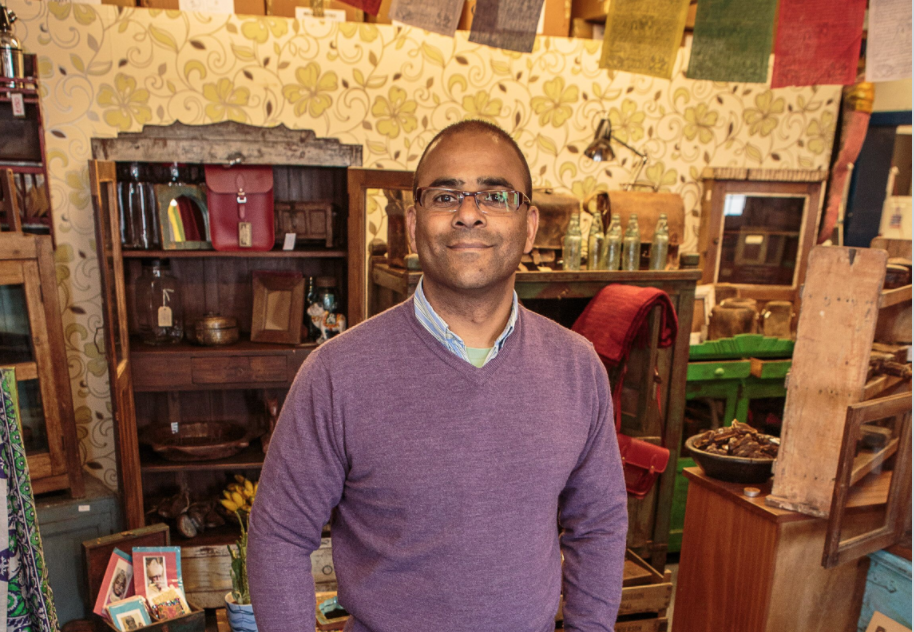 Speaking about the firm’s latest Hollywood deal, owner Carl Morenikeji said: “We’re naturally proud and delighted to have supplied our products to a major movie for the sixth time in just five years.

“This is our largest and most diverse movie supply role yet and for it to be a ‘Royal’ film too with such a distinguished cast makes it extra special. It’s almost as good as getting a Royal warrant!

“I remember this order particularly because they told me the trunks were required in the Highlands and I offered to deliver them to the set, but they instead asked for everything to be sent to the production company in London so it would be taken to the location together.

“We’d welcome any ‘setjetters’ coming to Scotland to visit this film’s locations into our store on the outskirts of Cupar to see and buy props just like those we’ve sold to this and other film and TV productions. From a Frodo’s House padlock to a Tarzan vintage travel trunk, we’ve plenty more! Find us on Google Maps. If you can’t pop in, you can shop on our website.

“When I founded Scaramanga 11 years ago and named it after a Bond movie character (Christopher Lee’s assassin in The Man With The Golden Gun), I never imagined that by now our reputation for original vintage and antique items, as well as our own bags, would be so good we’d become the first-choice supplier for so many leading movie props buyers.

“I’m looking forward to seeing our items in the movie and find out more about the unconventional relationship between Victoria and Abdul.”