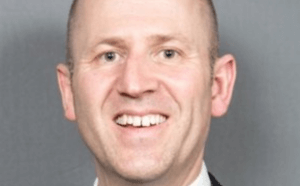 Scottish building industry leaders have expressed a loss of confidence in the training body’s management of the training levy.

The Scottish Building Federation (SBF) and the Scottish Decorators’ Federation (SDF) both voted overwhelmingly to reject the Construction Industry Training Board’s (CITB) proposals to continue to raise the levy.

SBF and SDF members pay a significant share of construction levy contributions in Scotland and this decisive vote substantially undermines the legitimacy of the current arrangements.

However, 94% of respondents to a supplementary question about the general management of the levy said they would be more inclined to support a continuation of the current levy and grant system if action were taken to make the governance and operation of CITB more accountable to Scottish levy payers.

Scottish Building Federation Managing Director Vaughan Hart (pictured) said the vote demonstrated a general loss of confidence amongst Scottish building industry employers in CITB’s management of the levy, training and apprenticeships – rather than a rejection of the levy and grant system itself.

Mr Hart said SBF members voted by a factor of two to one to reject CITB’s proposals with feedback from levy payers in Scotland suggesting that industry employers feel increasingly marginalised and overlooked.

“Time and again, levy payers cited the recent CITB imposed deregulation and dilution of Scotland’s proud craft apprenticeships as a symptom of the systematic failure and lack of transparency in CITB’s current governance and operational arrangements.”

Ian Rogers, chief executive of the Scottish Decorators’ Federation commented: “This overwhelming vote against consensus shows the level of dissatisfaction with CITB in Scotland.

“The way they have conducted themselves recently over qualifications and standards and their treatment of the Scottish Registration bodies has left many levy payers appalled. In the past, CITB were seen as a force for good and an ally to our industry.

“As a result of cost cutting and refusing to listen and act on the wishes of the Scottish industry, they now find themselves in this regrettable position.

“There is a short window of opportunity for CITB to retrieve the situation which I would urge them to grasp. They need to be more open and accountable, to be more transparent and to offer Scotland a more devolved Scottish CITB.”

Mr Hart concluded: “SBF’s consultation demonstrates that there remains an underlying level of support for the levy and grant system with over 90% of respondents indicating that they would be more inclined to support CITB if proposals were introduced to allow for a meaningful level of control and decision making to reside in Scotland.

“If confidence in the levy and grant system is to be fully restored in Scotland, Scottish employers are looking for far-reaching reforms to CITB’s governance and operations to make it properly accountable to Scottish levy payers.

“I would urge CITB not to ignore such a clearly expressed view from the Scottish construction sector as the current arrangements are evidently unsustainable.”

Since its establishment in 1964, CITB has consulted industry every three years on future arrangements for the Construction Levy.

Across the UK, a total of 14 organisations are prescribed to respond to this consultation process based on a consensus of their members’ views. SBF and SDF are two of only three wholly Scottish membership bodies to feature on this list of prescribed organisations.

Officially recognised consensus federations have until today to consult their membership on the latest proposals for the levy and to report the results back to CITB.