BBC news review ‘to include websites’ 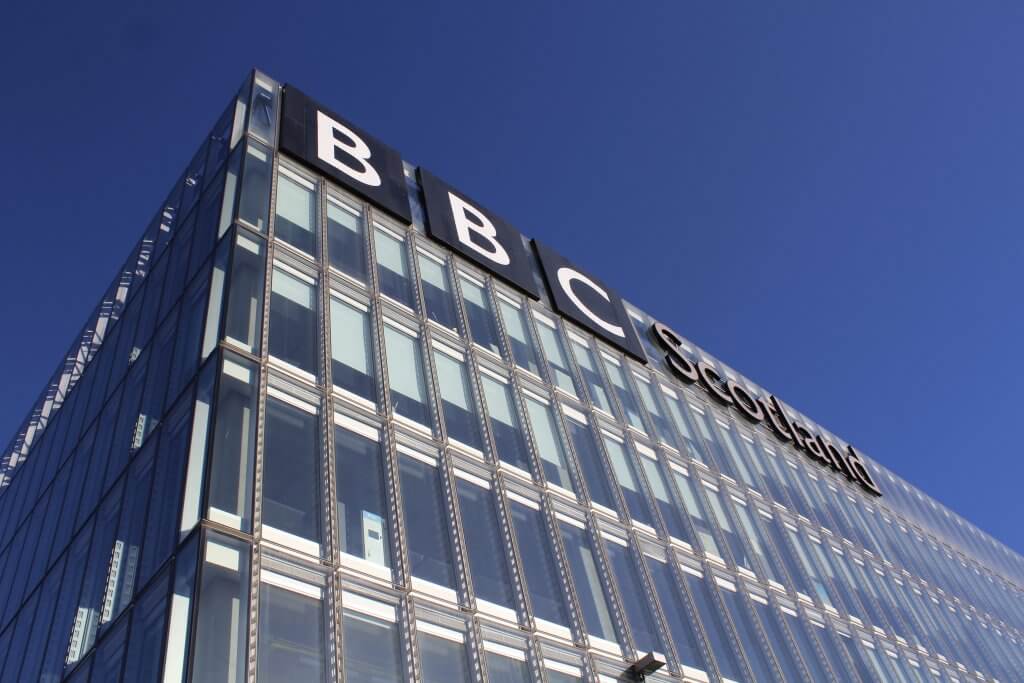 The BBC is to change the way it reviews news headlines to take into account online websites.

Radio’s 4 Today programme, which is broadcast at breakfast time, will begin reporting news from a wider range of media.

In a message to staff, BBC bosses said: “We are going to change the way we do things if the slot is retain its relevance,” it said, adding it wanted to include “‘new’ news sources found online and elsewhere.”

The decision follows a campaign by Daily Business urging the BBC to acknowledge the shift of news consumption from print to digital media.

Daily Business has also argued that by continuing to focus exclusively on print media the BBC is giving a commercial advantage to those media organisations and indirectly to their digital offerings.

The internal BBC message added: “The papers will continue to form the backbone of the review but we are going to include some of the ‘new’ news sources found online and elsewhere. We think too there is a case for including foreign news titles more regularly.”

The BBC told the trade publication Press Gazette in a statement: “Newspapers will continue to form the backbone of the Today programme news review, but in a modern news environment it makes perfect sense to broaden out to include some significant stories from relevant and influential online sites and foreign publications.

“Across BBC News we will continue to review the news, whether online or in print, in the same impartial manner we always have.”

The change is expected to come later this month, in time for the party political conferences and after the review writers receive fresh training.

Online news service Buzzfeed News reported: “Ensuring a story appears on the Today programme is an easy way to reach the ears of the prime minister, cabinet ministers, and journalists at other outlets. As a result, the current system helps perpetuate the influence of newspapers despite the majority of publications suffering from severely declining print readerships in recent years.

“The decision will open up a new debate over which outlets count as “the media” in 2017, whether there is a such a thing as a homogenous, easily summarised news agenda in modern Britain.

“The show’s [Today]  paper review currently includes headlines and lead comment pieces from printed national newspapers, which tend to skew towards right-leaning publications – often ensuring substantial coverage on the radio for pro-Brexit, pro-Conservative headlines from the likes of the Daily Express, which rarely go viral.

“The most popular online publications tend to be more left-wing, meaning the new feature could result in far more pro-Labour headlines appearing on the nation’s agenda-setting radio programme.” 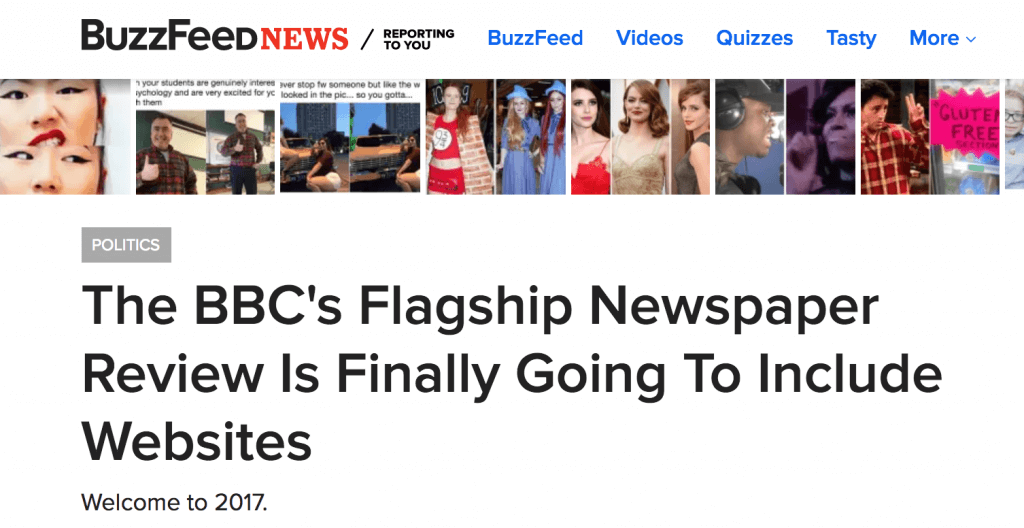 Buzzfeed News has also welcomed the move, with a dig at the BBC’s outdated policy

The Today programme briefly tested a similar feature for “major websites” in May, resulting in radio coverage of stories by Buzzfeed News, HuffPost, Guido Fawkes and Conservative Home.

The BBC’s Andrew Marr Show already incorporates some online news outlets into its paper review, while the daily paper reviews on the BBC News channel and Sky News still tend to rely on front pages.

Daily Business has met BBC executives over this issue and filed two official complaints. The last produced a response which failed to answer the points raised and provided a comment from an executive who did not exist.

Daily Business editor Terry Murden said this was “insulting” and has been preparing a further complaint to media watchdog Ofcom. He welcomed the latest news of a change of approach to reviewing news headlines.

Daily Business has received a number of comments from readers supporting the case for change, including one from a big PR company which admitted its staff rarely read the printed versions of the media.

The company said: “…a business like ours gets our business news from a number of sources, almost all of them online.

“A traditional review of newspapers printed at midnight is, in terms of business news, entirely useless; the online reaction of you and other experienced business journalists writing live is much more valuable for breaking news.”

Mr Murden said: “A change of approach is an encouraging development in our long campaign to persuade the BBC to embrace digital media. I hope it is extended across the BBC network.

“This is not simply a matter of serving the BBC’s listeners more appropriately in 2017.  The BBC reaches a wide audience and it is unsustainable for it to continue promoting selected media at a cost to those competing in the same market.”