MeyGen on course for full operation

Atlantis to refinance for Asia expansion 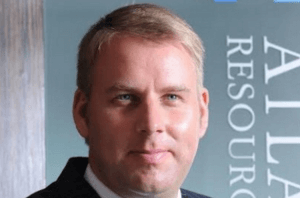 Atlantis Resources is to look at re-financing its giant tidal turbine power project in the Pentland Firth to release capital for further opportunities in Asia.

Tim Cornelius (pictured), chief executive, said the MeyGen project will come into full operation in the coming weeks after setting a number of records, with more than 2GWh of generation delivered to the grid.

It is the world’s largest planned tidal stream energy project and will have the potential to provide clean, sustainable, predictable power for 175,000 homes in Scotland. First power was generated last November.

In a half year statement, Mr Cornelius said: “The first half of 2017 has been a very positive step forward for Atlantis and its portfolio of projects.

“The installation of the four turbines at MeyGen earlier this year, was achieved safely and in record time. We are extremely excited to see the final turbine, our AR1500, be reinstalled at MeyGen in the coming weeks and seeing the project complete its transition into full operations.

“MeyGen Phase 1A has already set a number of records, with over 2GWh of generation having been dispatched to grid, generating predictable revenue from ROCs and wholesale power sales from the PPA.

“In addition, the first half of 2017 also saw us formally launch Atlantis Energy and the announcement as preferred developer of the 160MW tidal barrage and flood protection infrastructure project in the Wyre Estuary, England.

:We believe that this is the best pathfinder project in the UK to help demonstrate the benefits of predictable low-cost generation from a fleet of commercial scale tidal barrages across the UK.

“We are very excited to develop this project alongside the rest of our tidal stream portfolio throughout the UK, Europe, North America and Asia. There are number of very exciting projects being developed in South East Asia at present and we are well positioned to convert these opportunities into equipment sales and project development contracts.”

Financial highlights for half year to 30 June

·     In May 2017, Atlantis raised £4.1 million before expenses from new and existing shareholders to fund project development activities across the Atlantis portfolio and to secure opportunities for portfolio growth.

·     Subsequent to the reporting period, in July 2017, Atlantis raised £5.0 million, before expenses, through a five-year bond with a coupon of 8%, maturing in 2022. The proceeds will be used to fund incremental project development activities across the Atlantis portfolio and to secure opportunities for portfolio growth.