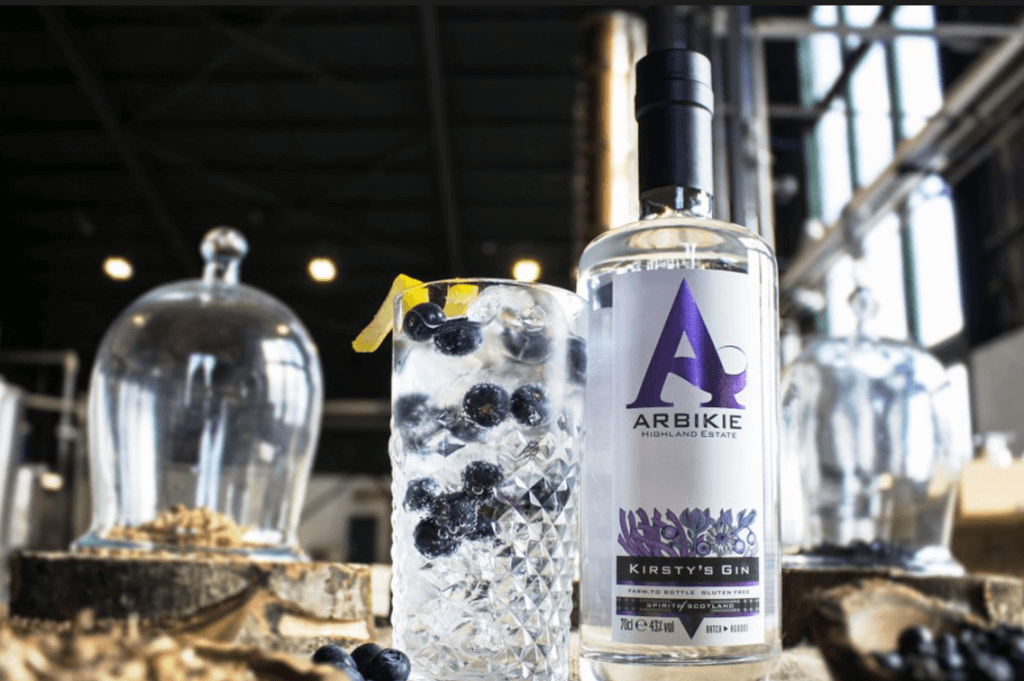 The winners in the first ever professional drinks competition to assess Scotland’s booming gin business have been revealed at a near sell-out event held in Glasgow.

530 guests gathered to celebrate the Scottish Gin Awards and to hear who had been crowned the best in the wide ranging competition which has been running since January of this year.

The top award, Scottish Gin Distillery of the Year, was presented to Arbikie Distilling after their mission to create spirits “from field to bottle” was praised by the judging panel. The Arbroath-based farming family fought off seven other distilleries to win the award.  They also collected the bronze medal position in the Cask Gin taste competition for “Cask Aged Kirsty’s Gin”.

However, it was a new gin from Dundee which was the surprise star of the night. Verdant Dry Gin which created its first batch in May of this year fought off competition from 16 other contenders to win the gold medal in the London Dry category and went on to win the judges prize for the best gin in the competition.

Popular and established producers such as Caorunn and Eden Mill also won medals, while some smaller batch new arrivals in the market barged into gold medal positions after scoring very highly.  NB Gin’s Navy Strength won gold for their super strength product while El-Gin from Elgin won gold for Distilled Gin of the Year.

Chair of the judging panel, Stephen White, founder of the Scottish Gin Society which sponsors the competition commented: “Very many congratulations to the winners in the first ever Scottish Gin Awards, I hope that all the medallists and winners take the opportunity to promote their wins in what was a very tough competition.

“We’ve worked very hard to establish the credibility, integrity and impartiality of the Scottish Gin Awards and the turnout from the Scottish distillers has reflected the importance in which they already place the programme.  Winning a Scottish Gin Award is a huge opportunity to further the promotion of Scottish gin brands at home, across the UK and abroad.”

The competition, designed and operated by PR and Events company, KDMedia, combined a section on written entries with a taste competition.  In the taste sessions, 75 Scottish gins were scored by 12 judges in a blind tasting adjudicated by the international sensory management consultancy, Cara Technology.  The top 50% of all scores were promoted to a finalist position with the top three performers awarded Gold, Silver and Bronze medals in each of six categories.

The awards, which will now become an annual fixture and will be hosted in Edinburgh next year, also raised funds for two charities: the New Opera in Scotland Events (NOISE) and It’s Good 2 Give, the small charity which has recently opened a world class respite home named The Ripple Retreat, for families who have children with cancer.