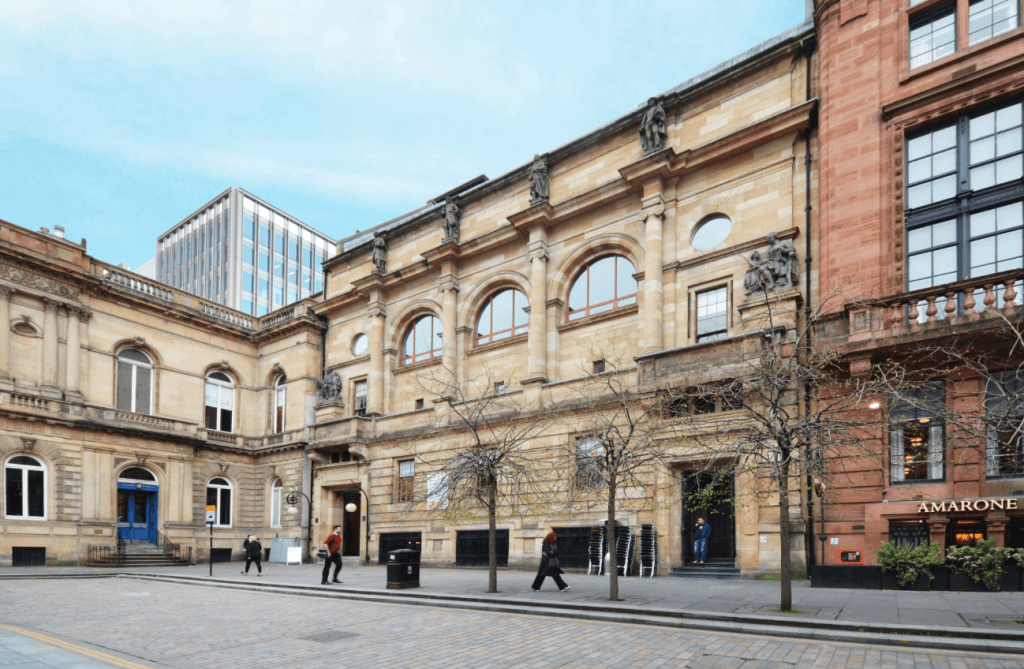 Investment company The Topland Group has acquired 8 Nelson Mandela Place in the city centre in an £11.1m deal from Patrizia UK.

The building comprises 60,756 sq. ft. and, other than the bottom floor which is a blood donation centre, is used for offices.

GVA advised the vendor and said the scale of activity so far this year shows that the inward investment market in Scotland is robust.

Stuart Agnew, senior director for GVA, which also handled a £28m sale in Quartermile, Edinburgh,  said: “These two transactions are indicative of strengthening demand for good quality assets in Scotland and the confidence investors have in the market here.

“Earlier this year GVA advised on the purchase of Exchange Place 1 in Edinburgh for £47m, and since then we’ve seen a number of other major investment transactions conclude.

“UK investors have selectively returned to the fold this year and there has been renewed activity from them. However, we’ve mainly seen continuing dominance from international investors with particularly strong activity from Germany, Asia and the Middle East.

“What is clear is that political uncertainty at a Scottish, British and European level has not deterred investment, and a number of assets that did not sell in 2016 have gone under offer or have completed this year.

“It is encouraging to see this level of interest in Scotland and whilst Brexit uncertainties remain in the UK, it is recognised that the strength of Edinburgh and Glasgow’s occupational markets are on a par with most other regional cities and there is also increasing confidence in Aberdeen.

“With a number of other major transactions expected to complete before the end of the year we expect to see full year investment volumes exceed £1.5bn in Scotland.”

> CBRE has secured Costa, the coffee chain, for the £107 million Marischal Square development in Aberdeen on behalf of Muse Developments.

Costa has taken a unit on the ground level extending to 2,300 sq ft on a new 15 year lease.

It joins Prezzo, All Bar One, Marriott International, Aberdeen Journals and Mackie’s in the development which is on schedule to completed shortly.