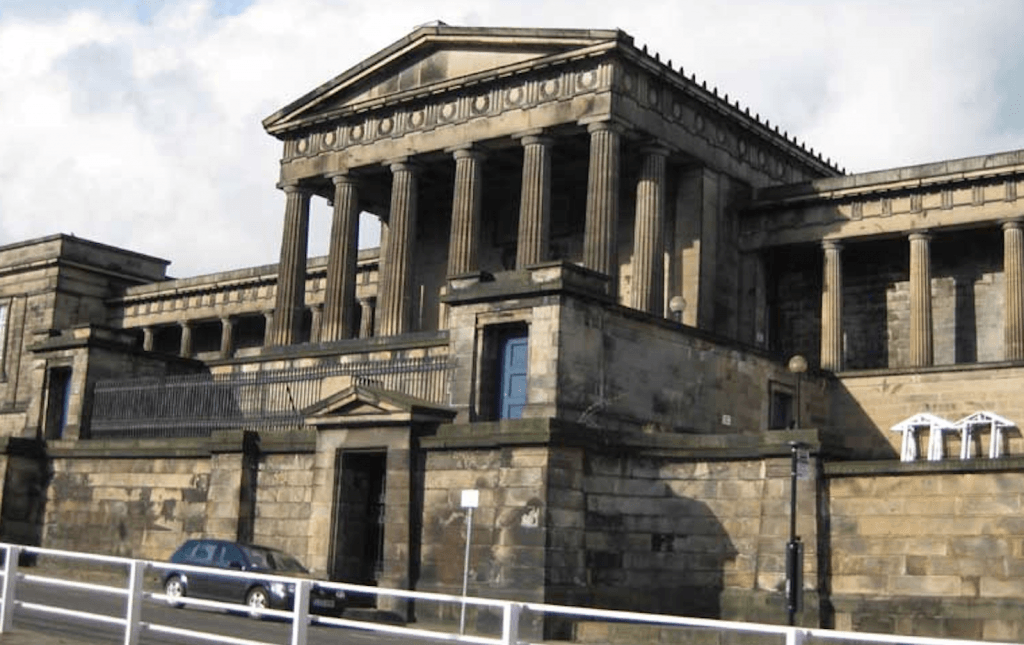 Heritage bodies and the backers of plans for a six-star hotel swapped insults in a heated presentation to Edinburgh councillors.

Councillors, heritage and residents’ groups criticised the design for the luxury hotel development in the former Royal High School and the “irreversible damage it could inflict on the city’s visual amenity and its world heritage status”.

Backers of the scheme accused the heritage lobby and council officials of distorting how the hotel would look and the impact it would have on the area. It would, they said, “deliver a hotel of truly international standing”.

After four hours of presentations councillors unanimously rejected the plan on grounds of its design and impact on the area.

The building, completed in 1829 and designed by Thomas Hamilton in the Greek revival style, is regarded as one of Scotland’s iconic pieces of architecture, standing on the lip of Calton Hill. It is owned by the city council and was closed as a school in 1968.

Various re-uses have been considered, including a photography centre and a music school. Duddingston House Properties has contractual agreement with the council to convert it to a hotel for Urbanist Hotels and the international operator Rosewood and withheld an appeal against refusal in December 2015 while the current application was considered.

Committee convener Lewis Ritchie said it would be “one of the biggest” planning decisions that councillors would have to make.

Adam Wilkinson of Edinburgh World Heritage argued that there is no need for a “damaging hotel scheme”.

He said that approval would send out the wrong message to the rest of the world that the system of protecting world heritage sites had failed.

Trying to achieve [a hotel of the scale proposed] would be exceedingly difficult,” he added.

Cliff Hague, professor of planning and spatial development at Heriot-Watt University, questioned the viability of a luxury hotel which, he said, was a risky business.  There could be no guarantee it could achieve the construction costs, occupancy rates or guest spending that had been predicted.

On the forecasts for its contribution to the economy, he said: “Are the assumptions made really robust? There are enough uncertainties around this for you to feel uneasy.”

David Orr, representing the applicants, said there was gross misrepresentation and “falsified images” of the proposed views.

On the economic risks, he said: “Rosewood is different to the other hotels. That is the point. This is the best proposal this city has ever had for the old Royal High School.”

Councillor Ritchie took issue with Mr Orr over his criticism of the council officials and heritage bodies.

“What makes me disappointed is the fact that in a 40 minute presentation you spent 30 minutes of it criticising our officers, the world heritage bodies and the music school,” he said.

Mr Orr said he found it “pretty painful” to say some things, “but they had to be said”.

Speaking of the latest design, Gordon Gibb, of Hoskins Architects, said there had been changes to the height of the extensions and their impact on the surrounding area.

“We think it responds positively to the setting of the Hamilton building,” he said.

SNP councillor Ian Campbell asked why the building had to be so big, stating that it would make more than £8m on the stated £436 a night likely room rate. He said the developers had missed an opportunity to create a plan that would have served the city.

“This is not just the heritage lobby, but the people of Edinburgh,” she said.

Arguing in favour of the hotel, Gordon Dewar, chief executive of Edinburgh Airport, said the tourism industry was aware of the city’s shortage of top end hotels. He said a growing number of visitors coming through the airport wanted to stay at such hotels.

Answering a question on the robustness of the market, he said it was the biggest growth sector along with digital.

“Any industry has its risks, but fundamentally tourism is growing. We see that growth continuing.

“Demand is there, undoubtedly. Existing five star hotels are full on a regular basis, so we are short of capacity.

He said the message the city would be sending out to the world by rejecting the application is that this is a risky place in which to invest.

“It would be extremely damaging to the city,” he said. “Just bringing this building back into use would be an enormous benefit.”