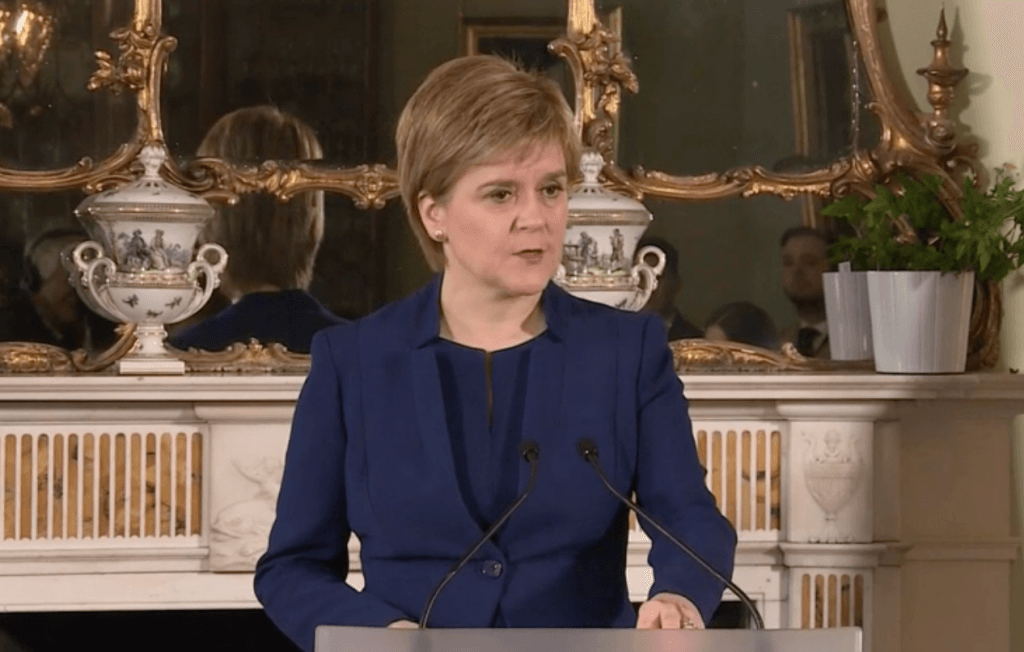 Both governments have already made clear that they cannot back the bill on current terms claiming they impose “unacceptable constraints” on devolved powers, and are impractical and unworkable in practice.

Following their meeting, the First Ministers said: “We are approaching the twentieth anniversaries of the referendums that established the Scottish Parliament and Welsh Assembly.  Those votes, and the development of devolution since 1998, provide the secure democratic basis for self-government in Scotland and Wales.

“Since the vote to leave the EU, the approach of the UK Government to withdrawal has been a rejection of the principle of devolution, and the sharing of decision making across these islands, clearly chosen by the people of Scotland and Wales.

“Most recently the UK Government has published position papers which involve the vital interests of Scotland and Wales but which have been prepared without the involvement of the devolved administrations.

“The Scottish and Welsh Governments have already made clear that they cannot recommend that the Scottish Parliament and National Assembly give their necessary legislative consent to the Bill.  We believe that the Bill must not be allowed to progress in its current form.

“To provide a constructive way forward, the Scottish and Welsh Governments are now working to agree potential amendments to the Bill which would address our concerns.  We are also coordinating our advice to the Parliament and Assembly to ensure they fully understand our concerns and our alternative proposals.

“It will now be for the UK Government to respond positively to our suggested amendments to move negotiations forward, and ensure there is a functioning legal system on withdrawal from the EU, and agreed UK structures, – where these are required – that reflect the views and interests of all parts of the UK, and respect devolved powers and responsibilities.”