Russell warns of crisis over repatriation of powers 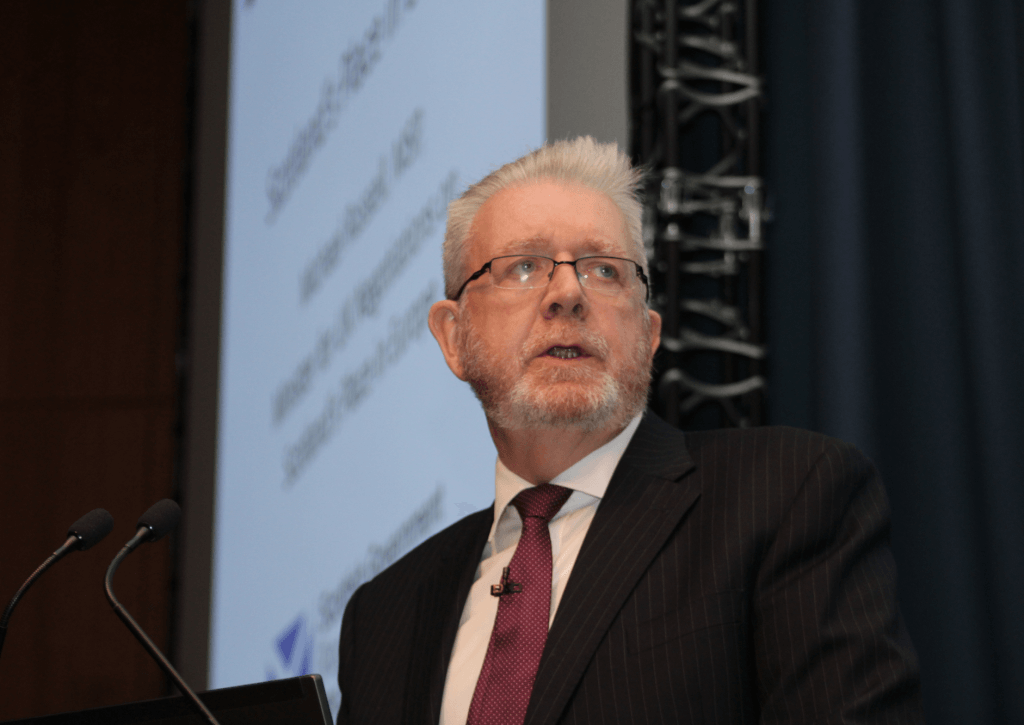 Scotland’s Brexit minister Mike Russell has warned of a growing constitutional crisis following a breakdown of talks in Edinburgh over the repatriation of powers from Brussels.

Despite assurances from Westminster that powers will trickle down to the devolved nations, Mr Russell said there had been no satisfactory progress and Holyrood was likely to oppose the current EU withdrawal bill.

It will see all powers transfer from Brussels to Westminster and the Scottish government says this undermines the Scotland Act, which brought about devolution.

Mr Russell said: “We remain absolutely clear that, as things stand, we will not recommend to the Scottish Parliament that it gives its consent to the EU Withdrawal Bill.

“The bill, as currently drafted, is impractical and unworkable. It is a blatant power grab which would take existing competence over a wide range of devolved policy areas, including aspects of things like agriculture and fishing, away from Holyrood, giving them instead to Westminster and Whitehall.

“That means that unless there are serious and significant changes to the proposed legislation, the strong likelihood is that the Scottish Parliament will vote against the repeal bill.

“To be clear, that would not block Brexit and we have never claimed to have a veto over EU withdrawal. But UK Ministers should still be in no doubt – to override a vote of the Scottish Parliament and impose the EU Withdrawal Bill on Scotland would be an extraordinary and unprecedented step to take.”

Mr Russell and Deputy First Minister John Swinney attended on behalf of the Scottish Government, while the UK government was represented by Minister for the Cabinet Office Damian Green and Scottish Secretary David Mundell.

Mr Green insisted that the relevant powers will be switched from Brussels to Holyrood.

“At the end of this process there will be more powers devolved to the Scottish Parliament and the Scottish Government than there have been under the previous EU arrangements,” he said.

Mr Russell rejected the assertion, insisting that the current proposals are a “direct threat to the devolution settlement”.