Power to the people as energy firm begins trading 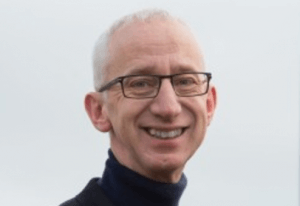 A couple whose crowdfunding bid raised nearly half a million pounds to take on the ‘Big Six’ energy firms with an alternative, customer-owned energy company, have launched to the market and pre-registered more than 4,500 customers.

Over the coming week new users will begin to receive gas and electricity from People’s Energy across the UK.

David Pike, 53 (pictured), and Karin Sode, 47, became so disgruntled with existing UK energy firms that they decided to do something about it.

Over the past year they have raised funds, secured an Ofgem licence, won an entrepreneurial and innovation award, and built a team from their base in Musselburgh.

Their vision is to put one million people in charge of their own energy by 2024, and provide an alternative for customers who have lost trust in energy suppliers.

People’s Energy gives 75% of profits back to its customers who are represented on the board of directors. People’s Energy will share salaries, decisions, accounts and prices with customers, becoming the first completely transparent and customer-focused UK energy company in the UK, with only one simple tariff and 100% renewable electricity.

Mr Pike said: “We want to create not just a different kind of energy company, but an entirely different approach to services that put people squarely at the centre. Energy belongs to no one, we all need this resource, and all should benefit from it, not just a few greedy shareholders.

” We’ve had a fantastic response from customers and industry players pre-launch, and now that we have the foundations in place we’re ready to go.”

Ms Sode added: “We offer customers a genuine opportunity to shape the direction of the company, and unlike others in our industry the customer will be at the heart of everything we do – in actions, not just words.

“That’s why we offer transparency and share the profits. We believe that people have the right to be treated with respect, as owners of their own energy and of the company. We are seeing people recommending this approach to others, and the pre-registrations have been rolling in! We have big plans and are excited to be offering something very different to the market.”