Nesthouse for homeless now on show 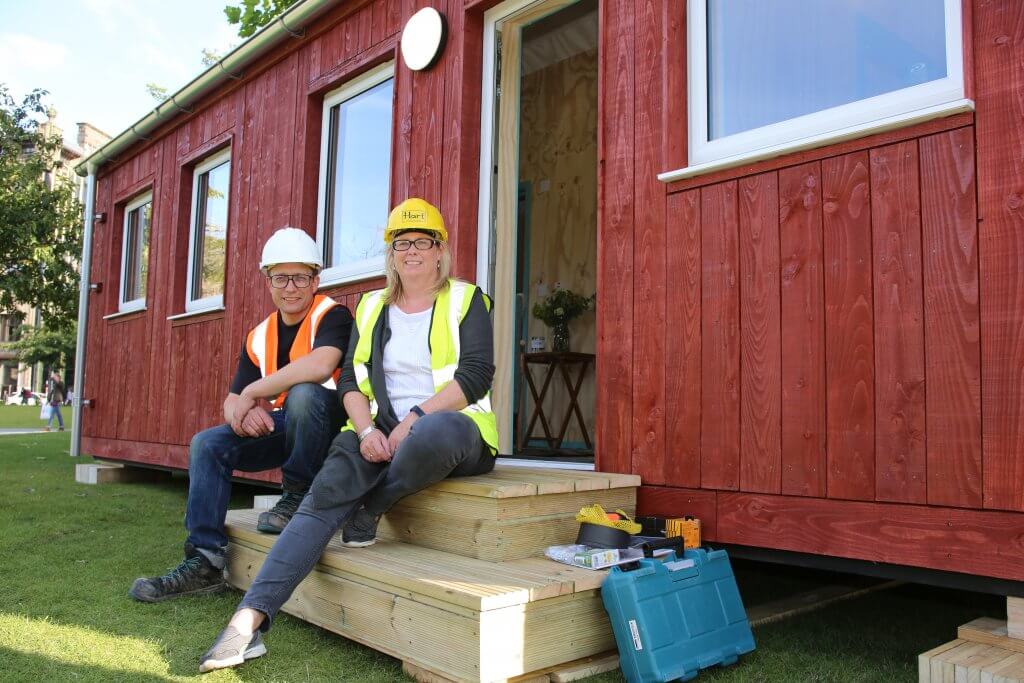 A two-bedroom wooden house for the homeless is on show in central Edinburgh where it has been attracting a positive reaction from visitors.

The ‘nesthouse’, which will be in St Andrew Square for three weeks, is the first of 11 to be built by Carbon Dynamic in conjunction with the homeless charity Social Bite and a group of volunteer companies which have contributed materials.

It features a living area, kitchen and shower/toilet room as well as a wood burning stove and two small “loft” bedrooms.

Gill Henry, project leader and head of business development at Cruden Homes, said: “The idea was to get the design right and make it feel cosy.”

Matt Stevenson, managing director of Carbon Dynamic, helped install the building which boasts a number of green credentials and has been designed by architect Jonathan Avery of Tiny House Scotland.

Visitors commented that it was comfortable enough to be used as a holiday home, or even a granny “flat”.

The plan is to build a “village” on 1.5 acres of land at Granton donated by the council’s property division. There will be a communal hub to encourage the residents to meet.

Each hut is costing about £50,000 and the whole development has been part-financed by funds raised by senior business people who attended a “CEO Sleepout” in Charlotte Square in December.