Nationwide hit by slowdown in buy-to-let 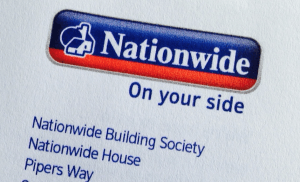 Nationwide has suffered from a slowdown in the buy-to-let market.

That fall is accounted for by a non-recurring £100m gain in the first quarter, although there was a £26m one-off gain in the latest quarter.

It also saw a slowdown in buy to let mortgages. Net mortgage lending decreased to £2.4 billion for the period (Q1 2016/17: £3.5 billion) mainly as a result of the reduction in BTL advances.

Nationwide, which acquired Dunfermline Building Society in 2009, revealed that it has become the first building society to sign up more current account customers than the banks.

More people opened a current account with Nationwide than any other provider with more than one in five of all switchers choosing Nationwide.

It ended 2016 as the highest net gainer of current accounts, with more than twice as many net switchers as any other provider, the first time that a building society has overtaken the banks.

During the last quarter, it opened 202,000 current accounts, 17% more than the same period last year.

It continues to benefit from high switching rates through the Current Account Switch Service, attracting 22.4% of all switchers in the period. In total, Nationwide’s market share of main standard and packaged current accounts has increased to 7.7% at May 2017 (February 2017: 7.5%).

Chief executive Joe Garner said: “Profit performance in the first quarter remained comfortably within our strategic target range and, after allowing for one-off items, was broadly consistent with the prior period.”

The society said that after performing relatively strongly in the second half of 2016, the UK economy slowed in the first half of 2017. Like most forecasters, it expects the economy to slow a little further this year as rising inflation squeezes household budgets.

It says,most consumers do not expect Brexit to change their access to credit.

“It will be important for lenders to balance carefully credit supply with affordability in a responsible way to support the long-term interests of consumers through any potential economic slowdown ahead.”

The sustained low interest rate environment and competition in core markets will maintain pressure on margins.