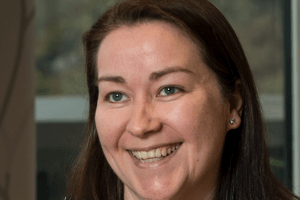 Business advisory firm, Deloitte, has strengthened its Aberdeen practice with the appointment of Caroline Muir (pictured) to lead its business tax team.

Ms Muir, previously a tax director in the firm’s Edinburgh office, she began her career with the firm in 2002 after training with Andersen. She re-joined Deloitte in January 2016 after spending two-and-a-half years with Johnston Carmichael – latterly as deputy head of tax.

At Deloitte she will lead a team of 12 tax specialists and play a significant role in boosting Aberdeen’s position within Deloitte’s North West Europe firm.

Ms Muir’s move to the Granite City also follows the recent appointment of Graham Hollis as senior partner in the office.

She said: “Despite the challenging times Aberdeen has faced over the last three years, a degree of optimism is returning to the city. There are more positive signs coming from the market as the oil and gas sector has adapted to its new reality.

“Having worked with some of Scotland and the UK’s fastest-growing tech and privately-owned companies in Edinburgh, I look forward to working with these businesses and supporting the organisations and incubators fuelling their growth.”

Linkedin
Caroline Muir, Deloitte Appointments No Comments » Print this News
Showstopper: made up musical is simply unmissable Previous News
Next News Cala ‘revives sale talk’ on back of solid figures