Mecanoo to get nod on £20m Perth project 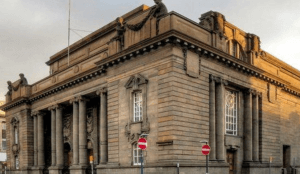 Global architecture firm Mecanoo is expected to be selected next week for a key role in the £20 million redevelopment of Perth City Hall.

Perth & Kinross Council is working with the Royal Incorporation of Architects in Scotland (RIAS) to manage the international design competition which attracted more than 70 initial expressions of interest.

Mecanoo is behind a number of major cultural projects including Birmingham City Library, the HOME arts venue in Manchester, and the New York Public Library.

A public engagement exercise received over 800 comments from local communities and cultural organisations, local businesses and others. Public support was in favour of Austin-Smith: Lord/ MVRDV and Mecanoo, with Mecanoo receiving the greatest number of positive responses from local people and businesses.

In its submission, Mecanoo stated: “The project endeavours to create a new gateway to Perth; to its history and its pride. Perth City Hall has been under a ‘dust blanket’ for many years however its grandeur and resonance within the hearts and minds of the community has meant that it has not been forgotten.

“Our scheme proposal aims to re-activate Perth City Hall by a number of ‘light touch’ interventions that open the building up to the public realm at ground level (The Vennel and the café/bar) and provide a flexible platform in which to best display Perth and Kinross Council’s permanent and temporary collections.

“The design is about transparency, permeability, accessibility and creating an interactive environment for all.”

Council leader Councillor Ian Campbell said: “The final decision will be for councillors to make next week, but I’d like to thank all members of the public, local businesses and cultural organisations who took the time to contribute their thoughts.

“What is clear is that there is a shared enthusiasm to see progress made with the City Hall and the level of public engagement throughout this process has been very pleasing to see.

“This is an important milestone in transforming Perth’s key landmarks, and along with our other major cultural projects, such as Perth Theatre and Perth Museum and Art Gallery, it’s another step on our journey to make Perth one of Europe’s great small cities.”

Depute chief executive Jim Valentine added: “All five shortlisted firms are of the highest calibre which is testimony to the importance of the City Hall project not just to Perth and Kinross, but Scotland’s wider cultural landscape.

“It was a very tough decision for the selection panel, but Mecanoo stood out as having responded sensitively to the brief, conserving much of the historic building with an innovative and flexible design that will stand the test of time.

“The panel felt that Mecanoo paid particular attention to the needs of a wide range of visitors and the transformation of the area surrounding City Hall into a vibrant, inclusive civic space of which we can be truly proud.”

Planning and listed building consent are expected to sough next year, with work scheduled to start in 2019.

BAM Construction was appointed by hub East Central Scotland to redevelop the building earlier this year.