Mackay urged to rule out tax rises in Autumn Budget

David Lonsdale: ‘hopes the Finance Secretary will be bolder this year’ (photo by Terry Murden)

Finance Secretary Derek Mackay is facing early pressure to rule out income tax rises and accelerate plans for a zero-rate band in his Budget.

In its 14-page Budget submission entitled Shaping the Future of Scottish Retail, the Scottish Retail Consortium demands a range of measures to ease the tax burden on consumers.

It wants pledges to curb tax rises on consumers and business and an immediate follow-up on the Barclay Review’s proposed reforms of business rates, including a freeze on new or additional levies.

The retail industry is Scotland’s largest private sector employer, providing 250,000 jobs. However Scottish retail is an industry in transition and official data shows a net decline of 1,700 shops and 10,000 fewer retail jobs over the past seven years.

David Lonsdale, director of the SRC, said: “With consumers and retailers under pressure from higher inflation, rising costs, and anaemic growth, the Scottish Government has to put growing the economy at the very heart of its next budget.

“First and foremost consumer spending, a mainstay of our economy, needs to be supported. Disposable incomes are flat, and there is evidence customers are choosing to spend less on discretionary items as household bills rise and wages moderate. 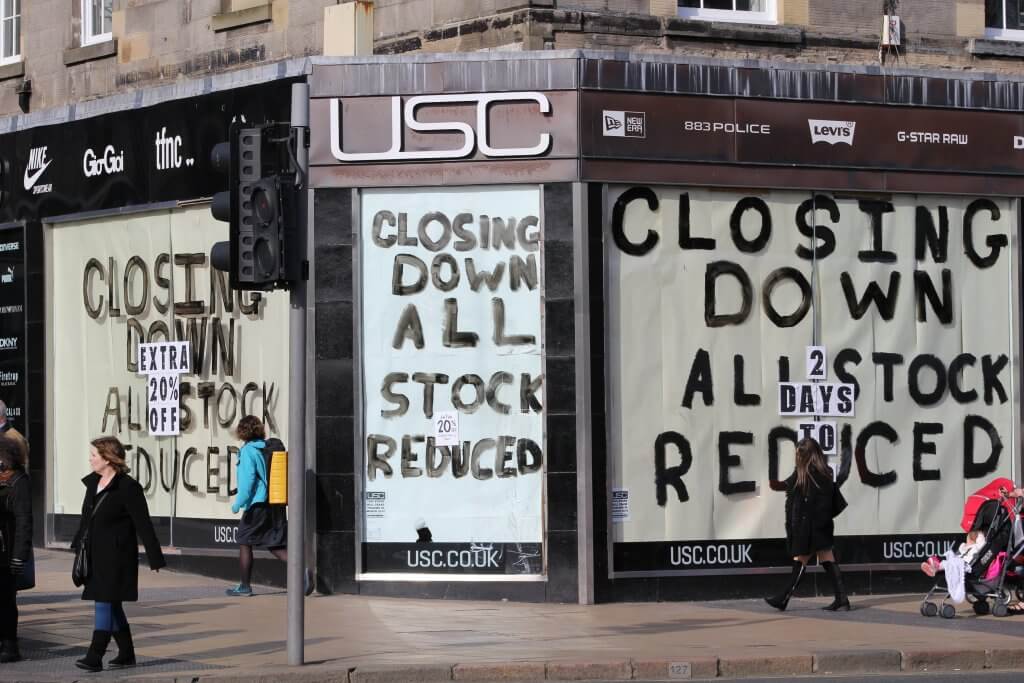 Shops under pressure from rising costs (photo by Terry Murden)

“The Scottish Government should keep income tax rates down, boosting customer confidence and keeping consumer spending buoyant to support the economy as well as government revenue.

“Retailers too will look for support to help them keep down prices and stimulate investment plans. The Barclay Review rightly pointed out that our current business rates regime is inadequate to the task ahead.

“We want to see progress made on Barclay’s call for an end to the self-defeating Scotland-only rates surcharge on medium-sized and larger commercial premises, and a moratorium on new or additional rates levies.

“This would keep down the cost of doing business on our high streets and aid more economically fragile communities.

“Working with firms to ensure they directly benefit from the Apprenticeship Levy monies and more investment in GDP-enhancing infrastructure are also essential to allow retailers to better compete in the digital economy.”

Mr Lonsdale, who last week moved to London temporarily to take up the interim role of director of corporate affairs at the British Retail Consortium, added: “Last year’s Budget contained some positive steps forward, with modest changes to the Apprenticeship Levy and Large Business Supplement thresholds.

“The SRC hopes the Finance Secretary will be bolder this year, resisting siren calls to raise income taxes and with a further decisive step towards bringing the rates supplement into line with England. With half of VAT receipts being assigned to Holyrood our politicians have a direct stake in facilitating a flourishing retail industry.”