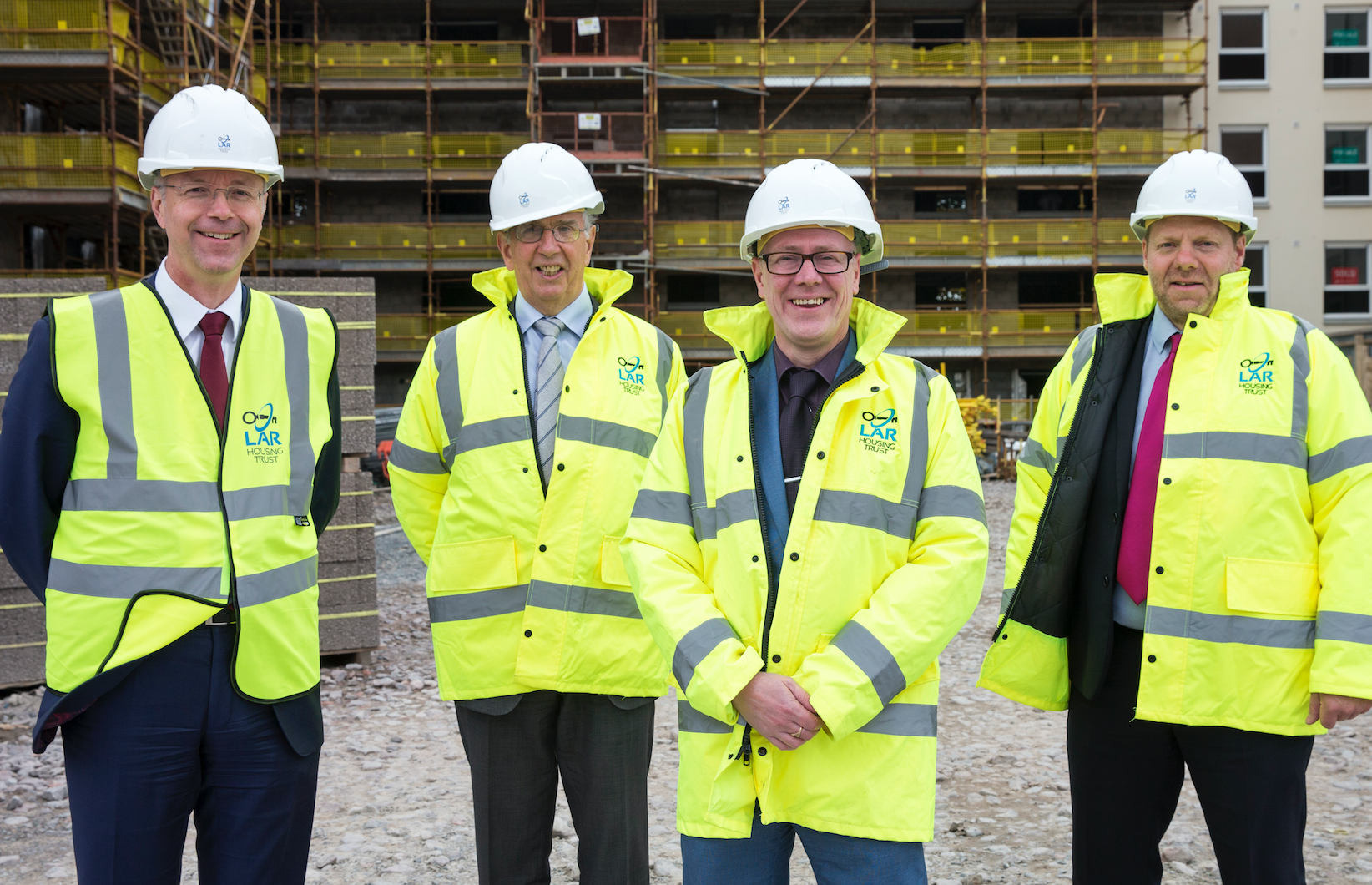 LAR Housing Trust aims to supply 1,000 homes across Scotland after securing £65 million to boost its portfolio of mid-market rental properties.

The deal was arranged by Bank of Scotland Commercial Real Estate through its partnership with Scottish Widows.

It has been described by LAR’s chairman as a “game-changer” for the housing charity.

LAR, which is based in Dunfermline, launched in October 2015 with the aim of helping an increasing number of tenants across Scotland who neither qualify for social housing nor can afford rents in the private sector.

Chairman Andrew Robertson said: “We launched with a £55m loan from the Scottish Government with the intention of then securing long term private sector investment.

“This deal with Bank of Scotland and Scottish Widows is a significant step forward for us and allows us to continue with an ambitious development programme.

“We have made great strides within the first two years of our launch and this deal represents a major investment in the Scottish housing market.”

The news has been welcomed by the Scottish Government and Minister for Housing, Kevin Stewart, who said: “I’m pleased that Scottish Government’s initial £55 million loan to LAR Housing Trust has enabled this new investment to be secured.

“The combined public/private investment of £120 million represents a significant economic stimulus that will support new affordable housing across Scotland.

“Working innovatively with partners like LAR is another example of how our ‘More Homes Scotland’ initiative is working towards its target of delivering 50,000 affordable homes as well as increasing the supply of housing options across all tenures with the aim of ensuring everyone in Scotland has access to affordable, good quality homes.

“This investment represents a major milestone for LAR who will continue to build on progress to date in developing up to 1,000 quality homes for Mid-Market Rent throughout Scotland.”

The funding package is the latest in a series of deals arranged by Bank of Scotland in the affordable housing market in Scotland.

“We’re proud to be partnering with LAR, alongside Scottish Widows, to support its development programme with our funding and expertise.”

Stuart Nicholson, loan investments director, Scottish Widows, said: “Working with Bank of Scotland Commercial Real Estate we are in a unique position to invest in long-term, high quality loans in order to support housing projects such as these.”

LAR already has a portfolio of more than 200 homes across nine sites with many further projects in construction.

The initial emphasis was on the Aberdeen and Lothian areas, which were considered most in need of quality affordable homes, but the organisation has completed developments in both Glasgow and Fife with proposals also under consideration in many other areas across Scotland.