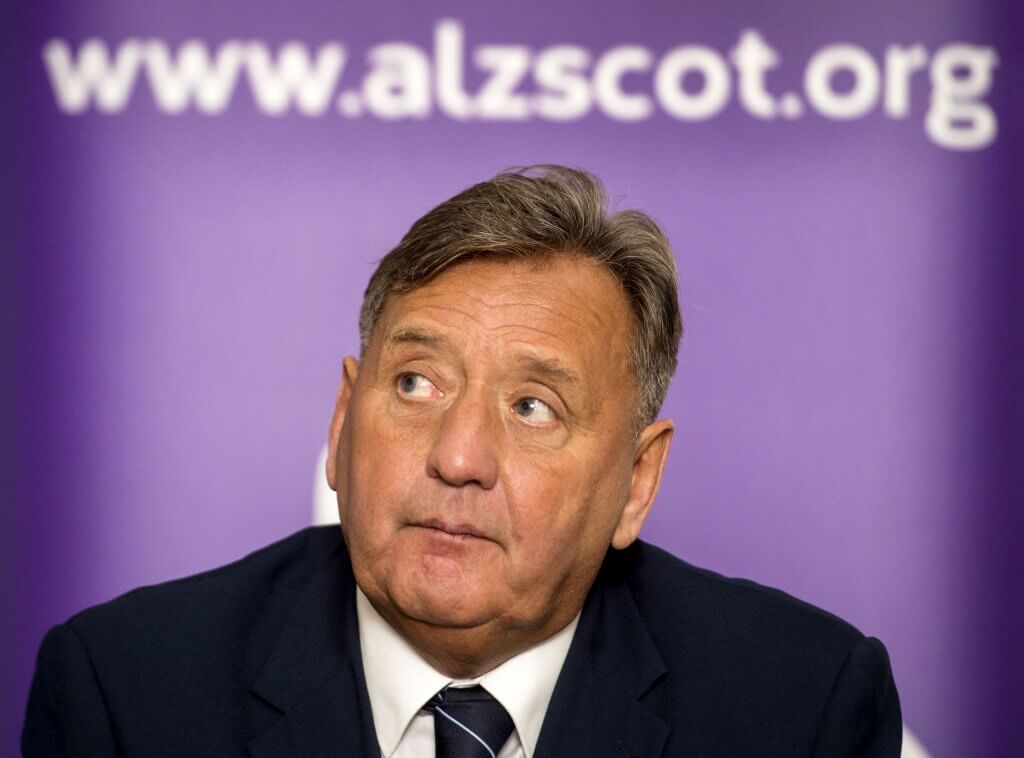 The 62-year-old went public about his condition to help raise awareness about dementia.

He said: “I didn’t know much about it at all and it did come as a bit of a surprise.

“Getting your head round it and accepting it is the most important thing. It was hard but I have had a fantastic life and there is still a long, long way to go.

“I haven’t been comfortable with keeping this as a secret and when I recently heard than an old team-mate of mine in Holland is also living with Alzheimer’s Disease, it prompted me to go public.

“Right now I am still fine, except for being a bit forgetful with some names but I am determined to continue enjoying my life.

“It was probably two, two-and-a-half years ago that I started to notice it and it has got worse since then, forgetting things and such. I was still putting myself forward for jobs.

“I knew I was ill but I was still going to watch football and you think you can do it.

“Who knows if that was the case or not? Eventually, I made the decision; the game’s finished for me.

“But I enjoyed it all because I just love the game.

“If I can help others talk more openly about dementia then that will be something positive.

“I can have a moan, as many of my players would say, but I’ve had a wonderful life in football. I’ve seen great places, travelled the world.”

Calderwood, who also managed Ross County and Kilmarnock – he saved them from relegation on the last day of the season in 2010 – has been remaining active since his diagnosis.

“I have been doing a lot of running and gym stuff. I have done really well in the gym,” said Calderwood, who was appointed to the board of Cowdenbeath last summer.

“Sometimes I enjoy it and other days I think I have to stop, but then I sit in the house and say ‘I need to get it done’.”

Calderwood, whose playing career began at Birmingham City and continued in the Netherlands where he also coached, joins a list of former players suffering from the disease, which includes Celtic’s European Cup-winning captain Billy McNeill and former Rangers star Jimmy Millar.

Jim Pearson, Director of Policy and Research at Alzheimer Scotland, added his support to Calderwood’s decision to go public and pleaded for more funds to enable better research of the disease.

“By sharing his story, Jimmy is making a powerful contribution to helping other people, their families and friends, to talk more openly and come forward earlier for help and support if they are worried about their memory or other changes that they have noticed,” he said.

“Dementia knows no boundaries and affects people in every walk of life.

“We need to get better funding for development because, quite frankly, dementia is underfunded in general because we don’t know some of the causes of Alzheimer issues.”