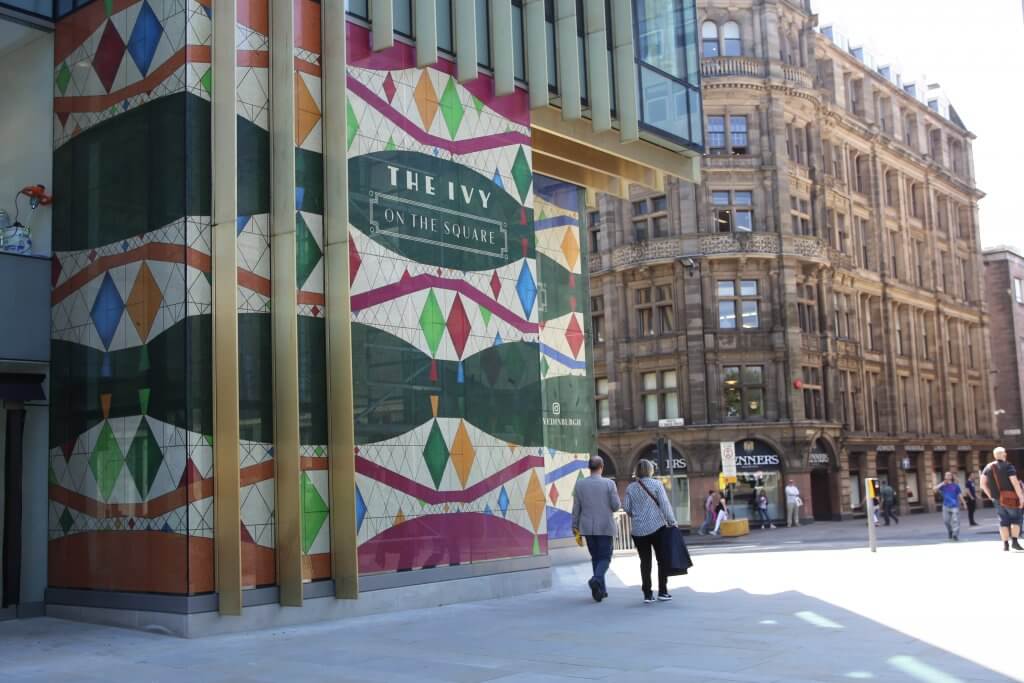 Ivy in Edinburgh: opens in the autumn (photo by Terry Murden)

As Edinburgh’s diners await the opening of the Ivy brasserie in St Andrew Square, the company has revealed plans to open a £2 million restaurant in Glasgow.

The site will be transformed into a ground floor bar and restaurant and first floor restaurant with a total of 180 covers, with a further 24 covers outdoors.

The Ivy Collection is a group of 13 restaurants, brasseries and cafés, connected to the Ivy in London’s west end, which is operated separately. It intends to have 30 outlets anticipated by the end of 2018.

Edinburgh is scheduled to open in the autumn. The kitchen will be overseen by executive chef Sean Burbidge.

Both Scottish restaurants are planning  a menu inspired by Scottish produce and an accessible operation with tables available on a walk-in basis.