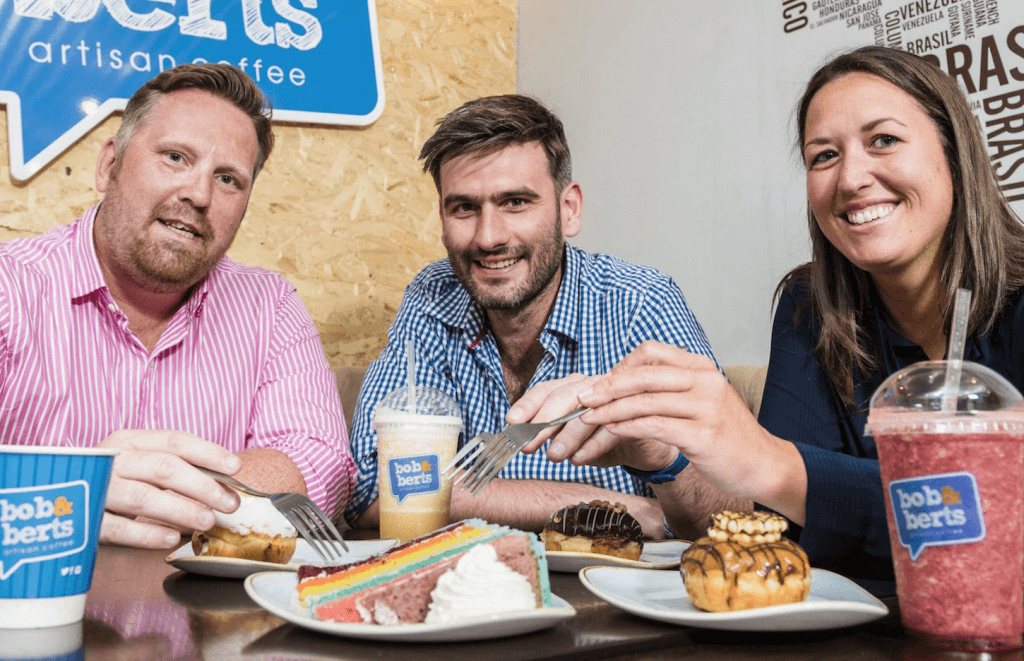 Coffee shop chain Bob & Berts is poised to expand out of its native Northern Ireland and open its first outlets in Scotland.

Bob & Berts was founded by Colin McClean, his father Arnold and brother-in-law David Ferguson in Portstewart.

The company already has a chain of 16 eateries in Northern Ireland and after receiving £2 million from the Business Growth Fund it plans to open a further 30 over the next four years.

Twenty of the new outlets are planned for Scotland, accounting for some 400 jobs, with the first expected to open in the Central Belt.

Mohan Mansigani, a former chief finance officer at Costa Coffee and Casual Dining Group, will join the board as non-executive chairman. Gemma Hamilton, an investor at BGF, will also join the board.

Colin McClean said: “The business is growing quickly and we are looking forward to taking the next step.

“Fundamental to our growth plans will be maintaining the culture and the ethos that has made Bob & Berts a hit with our customers.””

Patrick Graham, Head of BGF’s Central Scotland and Northern Ireland team, said: “We are excited to begin working with Colin and David who, in a short period, have successfully developed a strong brand with significant growth potential.

Advisors to the transaction include Deloitte, Shoosmiths, Tughans and RSM.