Contract for supply and wastewater 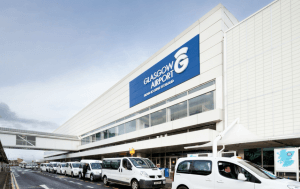 The two Scottish airports are renewing their contracts while Southampton is a new contract following the opening of the English retail water market to competition in April this year.

The contracts will run for three years.

Meanwhile, health & wellbeing retailer Holland & Barrett, has extended its relationship with AnglianWater Business in Scotland and the Anglian region to the whole of England.

It will  switch all its water and wastewater requirements in a three-year wide contract.

Holland & Barrett decided to consolidate all its water and wastewater requirements in England and Scotland with a single supplier across its store, warehouse and office locations following the opening of the English water market to competition in April.

The new contract will initially involve 455 Holland & Barrett sites, rising to 650 locations over the contract term.

It is expected to provide immediate cost savings for Holland & Barrett thanks to discounts and tariff optimisation, with further savings delivered over the contract period from efficiency improvements.