Forth Ports signs up to Dundee oil hub 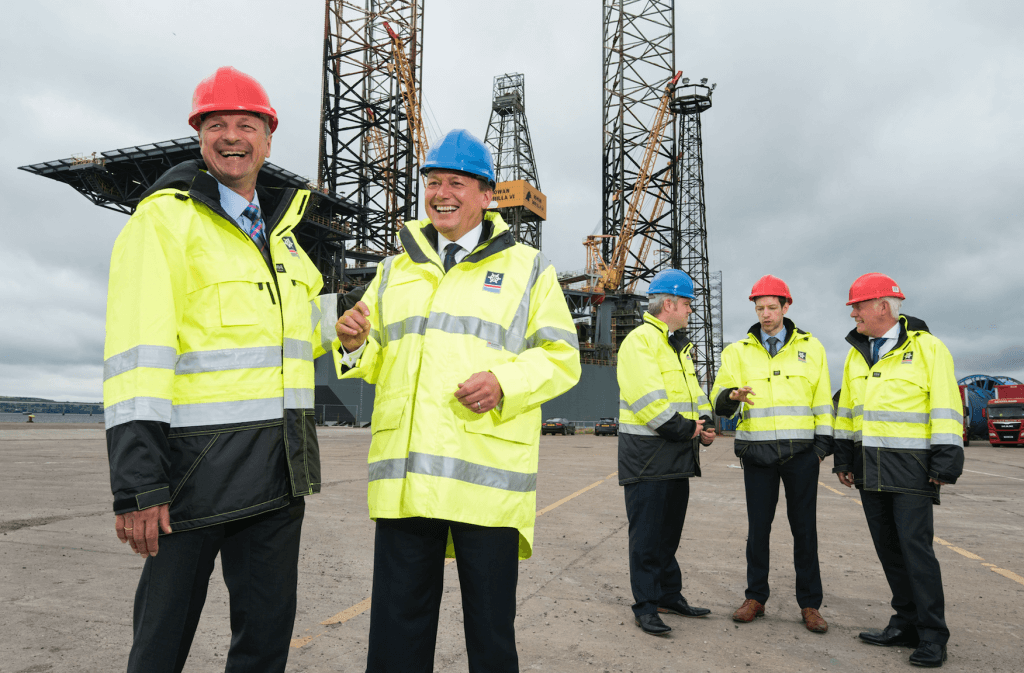 Forth Ports and AF Offshore Decom UK have formed a joint venture to operate a North Sea oil and gas decommissioning hub in Dundee.

The Port of Dundee, expects a significant share of North Sea decommissioning work due to its proximity to North Sea oil and gas assets, rail and road links, port facilities, its on-site supply chain and the city’s skilled workforce.

The Port, which is owned by Forth Ports, is currently installing a £10m quay extension which will feature the UK’s strongest quayside, specifically designed to equip the port to handle the large-scale loads demanded during decommissioning operations.

AF Offshore Decom UK has more than 15 years experience in the execution of the North Sea’s most challenging decommissioning projects, such as Ekofisk 2/4T, Statoil H7/B11, CNR’s Murchison and many more.

A heads of agreement to form AF Dundee was brokered by Dundeecom, the public/private partnership between Dundee City Council, DC Thomson and Forth Ports.

The partnership was created to establish Dundee as a multi-disciplinary, internationally recognised centre of excellence in oil and gas decommissioning.

Dundeecom chief executive, Callum Falconer, said: “Given my experience in this sector, I believed that the best way to exploit Dundee’s potential was to team up in an innovative way with one of the industry leaders, and what has emerged is an exciting new offering to the market from what will be a new Scottish business headquartered in Dundee.

“Furthermore, we are already in discussions with other key players in the decommissioning space which will build upon the success of this new venture.”

Charles Hammond, chief executive of Forth Ports, said: “This is great news for the city, for the local economy and for the port.

“Our vision is to position Dundee as a major decommissioning centre for the North Sea and to ensure that customers gain access to an efficient, cost effective decommissioning solution.

“Partnering with such an established and respected organisation as AF Offshore UK will certainly enable this vision.”

Bengt Hildisch, president of AF Offshore Decom, said: “AF Offshore Decom is pleased to find a partner that shares the same vision and goals as ourselves to develop and operate a safe and cost efficient disposal yard in the UK.

“We have been seeking the right opportunity that enables us to build and expand our capabilities to the UK and create a sustainable, solution together with our facility in Norway, for the whole of the North Sea.”

Dundee City Council leader of the administration, John Alexander, said: “This is an important step in our ongoing efforts to bring decommissioning work to Dundee and create economic opportunities for the city and its people. AF Dundee will be a tremendous asset for the city as we move forward.”