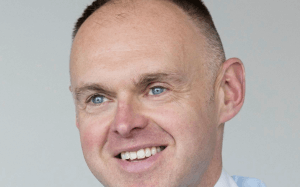 Housebuilder, Mactaggart & Mickel Homes, has made its first move into England in line with plans outlined last year.

The development at Milton under Wychwood in Oxfordshire, is for 62 homes and is described as a major milestone for the Glasgow-based business.

The company completed its five year plan with a fourth consecutive rise in profits with 2016 figures showing profit of £13.7 million on increase in turnover to £55m.

It already has a strong land bank in England and has been involved in strategic land development south of the border since 2008, securing over 1200 acres across the north west and south west of England, with a further 250 acres under offer.

The expansion into new markets comes as fourth generation family members and cousins, Andrew and Ross Mickel take over the reins in running the family business from recently retired, Bruce Mickel, who has been at the helm of the business for more than 40 years.

Group director, Andrew Mickel said: “It’s an exciting time for Mactaggart & Mickel Homes England as we begin our long term ambition to expand and grow the company in front of a UK wide audience.

“Our English strategic land business has been very successful in identifying and promoting viable sites, so building our own housing developments south of the border is the next natural step.”

The Mactaggart & Mickel Group currently employs 279 members of staff and they anticipate this will rise over the coming year as they expand into England.