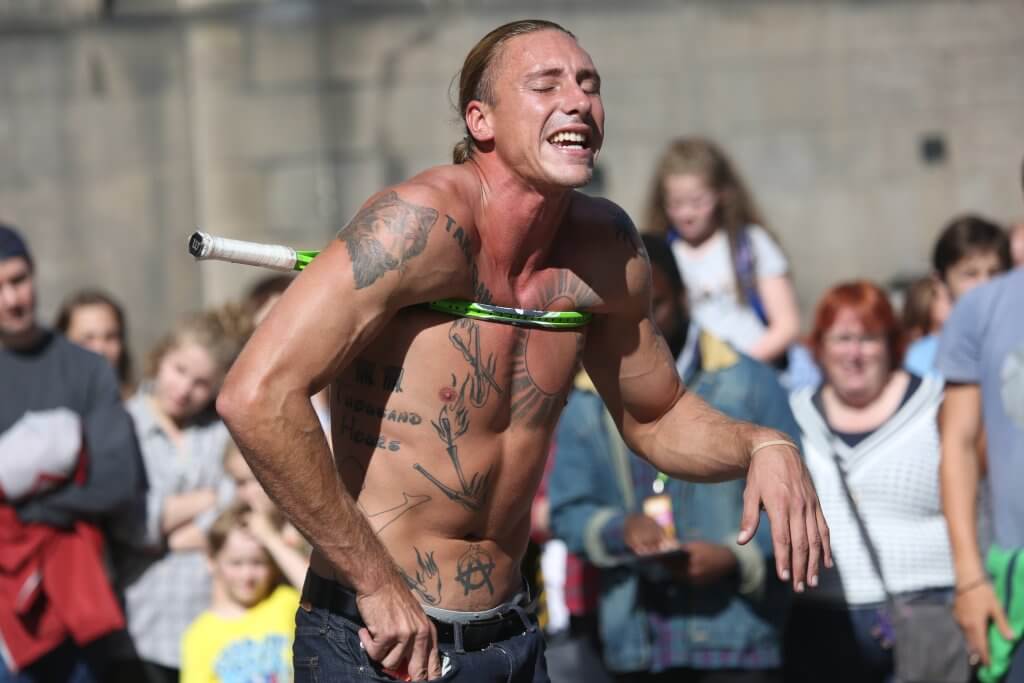 Performers, including Reidiculous from the US, came from more countries than before (photo by Terry Murden)

Edinburgh Fringe audiences have grown by a million in ten years to hit a new record.

Ahead of the final night of performances organisers had sold 2,696,884 tickets, 9% more than last year.

The event drew 1,697,293 visitors a decade ago with numbers rising by more than half a million in the last three years alone.

The number of international countries registered with the event rose to a record 58.

The Edinburgh International Festival also reported a record box office with more than £4.3 million taken in ticket sales ahead of the fireworks finale. More than 450,000 are expected to have attended events.

Shona McCarthy, chief executive of the Edinburgh Festival Fringe Society, said: “This has been a very special year for the Fringe as we celebrated 70 years of defying the norm, 70 years of the greatest melting pot of arts and culture anywhere on the planet, and 70 years of Edinburgh as an internationally renowned festival city.

“The Fringe continues to play an essential role in the worldwide arts community, enabling artists to showcase their work, reach new audiences and make new connections.

Assembly Festival, which runs key venues on George Street, The Mound and George Square, said it had sold 24% more tickets than last year.

Artistic director William Burdett-Coutts said: “This year has been a tremendous success. The 70th year of the Festival and our return to the Assembly Rooms in George Street has resulted in over half a million tickets being issued to Assembly’s programme of over 200 shows.

“Many of our companies have enjoyed sell-out runs, five star reviews, nominations and awards, including Hannah Gadsby who was picked as joint winner at the Edinburgh Comedy Awards for best show.

“I’m delighted to see that the number of international performers and visitors to the city continues to grow year-on-year and we look forward to their valued return in 2018.” 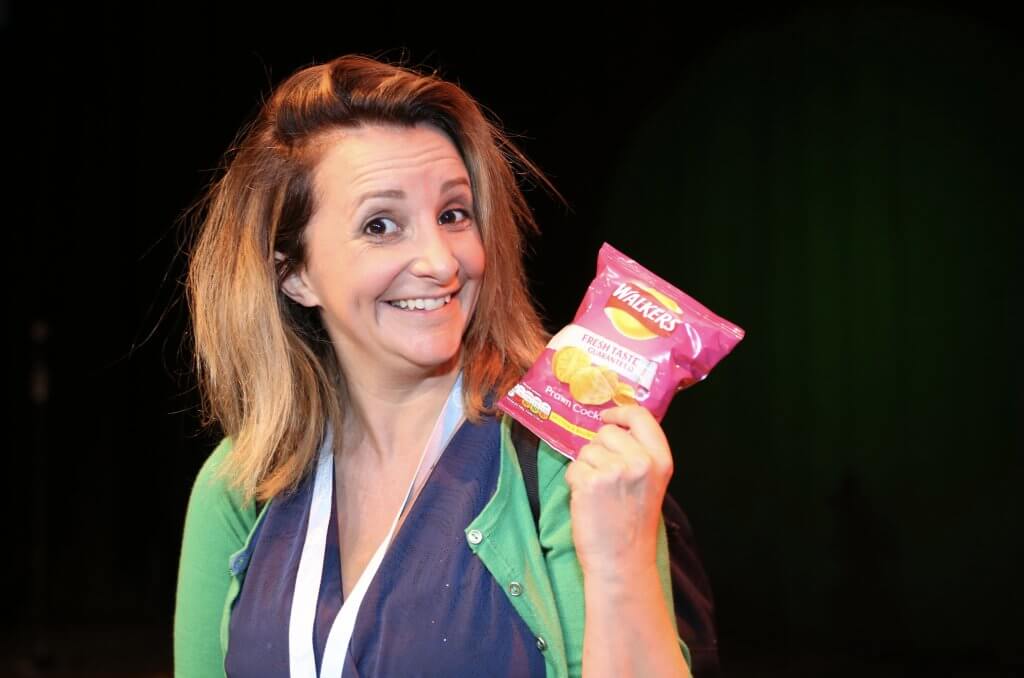 Lucy Porter performed at The Pleasance (photo by Terry Murden)

The Pleasance reported a 5% rise in ticket sales. Anthony Alderson, said: “The 70th anniversary of the Edinburgh Festival Fringe has been one of the best festivals I can remember.

Gilded Balloon, which opened a new venue at the west end of Rose Street, reported a 13% rise in ticket sales.

Organisers reported a record footfall of more than 250,000 into Charlotte Square Gardens, the largest audience in the 34-year history of the festival and a significant increase on 2016.

One thousand authors, illustrators, poets, politicians and performers from 50 countries attended the event in the gardens and the expansion into George Street.

Nick Barley, director of the Edinburgh International Book Festival, said: “It’s wonderful to see that our extension into George Street has attracted new audiences, while allowing us to retain all the spirit and vigour of the Book Festival’s beating heart in Charlotte Square Gardens.

“This year’s festival has been a riot of ideas, entertainment and unforgettable conversations involving writers and readers from all corners of the world – from Bonnyrigg to Buenos Aires and from Lewis to Lagos.”