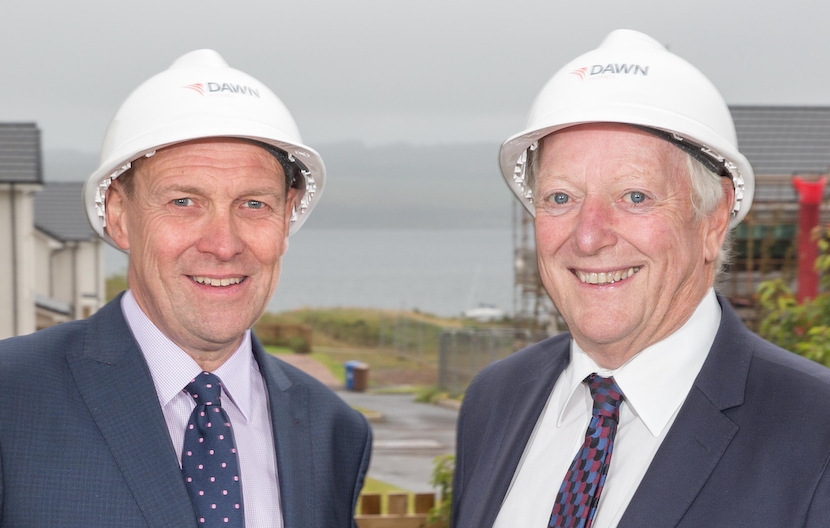 Housebuilder Dawn Homes is to step up activity across central Scotland and Ayrshire after receiving a £14 million package of support from Bank of Scotland.

Dawn Homes will invest in new and existing sites in response to an increasing demand across the region.

Work recently began on a 20-unit executive development in Torrance, East Dunbartonshire, which will comprise of four and five bedroom properties.

Dawn Homes is also building in Cambuslang, Croftfoot, Perceton in Irvine, Kilsyth and Fairlie. Construction recently started on the final phase at Kilsyth and phase two at Fairlie will begin this year.

Alan Macdonald, chairman and founder of Dawn Homes, said there is “huge demand” across the central belt.

“The funding from Bank of Scotland will allow us to work towards achieving an ambitious five-year plan,” he said.

Andy Seaton, relationship director for Bank of Scotland, said: “Dawn Homes is an example of a forward-thinking business that plans accordingly to the needs of its customers.”

> East Lothian Council is expected to grant planning permission for a major housing proposal that will see 450 homes built in Longniddry.

The site, known as Longniddry South, is located at Longniddry Farm to the south of the existing village and occupies about 31 hectares of greenfield land.  Wider plans will see the associated redundant farm steading converted to provide a new community amenity and focal point for Longniddry, as well as space for commercial uses such as a nursery, café and office accommodation.

The development will help the council meet its requirement to deliver a total of 10,050 homes in East Lothian by 2024, as outlined in its Proposed Local Development Plan.

> August 16: Home builder Balfour Beatty has seen pre-tax profits for the first half of 2017 double to £22m.

Chief executive Leo Quinn said: “Two and a half years ago we were delivering our eighth profit warning and we were under threat of takeover.”

He credits the turnaround to winning a series of large infrastructure projects.

He says demand in the construction industry will increase, but recruiting the right staff could be challenging.

The company declared an interim dividend up 33% to 1.2p per share.