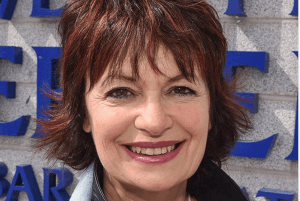 The Royal Society of Edinburgh has elected Professor Dame Anne Glover DBE, FRS, FRSE  as its next president.

Following an extensive consultation of the RSE Fellowship, Dame Anne’s appointment will be confirmed at the annual meeting in October and she will serve for three years from April 2018.

Commenting on the election, Dame Jocelyn said: “I am delighted to be handing over the Presidency of the Royal Society of Edinburgh to Professor Dame Anne Glover. Anne’s experience as Chief Scientific Adviser to both the Scottish Government and the Europe Commission will be invaluable to the RSE, as will her commitment to academia and innovation.”

Professor Dame Anne Glover, who became an RSE Fellow in 2005, joined the University of Aberdeen in 1983 and pursued a distinguished career in microbiology, including the launch of a spin-out company based on her research.

In March 2015 she was appointed to the board of Scottish Enterprise. She rejoined the University in June 2015 to take up her Vice-Principal role, following a period of sabbatical at the Robert Bosch Stiftung in Berlin.

Responding to her selection, Dame Anne said, “It is an honour to be elected President of the Royal Society of Edinburgh, and to be taking over from Dame Jocelyn, who has worked tirelessly for the benefit of the RSE, academia and Scottish society.

“The RSE has an important role to play in Scotland, the UK and internationally, and it will be a privilege to be leading these activities for the next three years.”