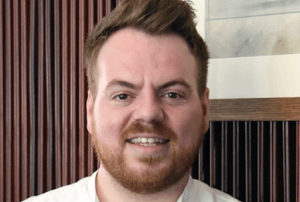 The position, which is based at the Usher Hall, also covers the Assembly Rooms, Ross Bandstand and Church Hill Theatre.

The role will focus on the curation of top events with the diverse portfolio catering for a broad range of performances, with capacity for ten to 2,300 attendees.

Mr Bruce has more than 10 years of experience in the music entertainment sector, having helped deliver more than 250 events a year in his role as senior promoter at PCL Presents.

He also worked for London-based artist-ticketing platform CrowdSurge/Songkick and Coca-Cola during the Olympic Torch Relay celebrations. He has led major label album releases, worldwide arena tour announcements and the production of 55,000 capacity concerts.

Currently furthering his education with a FutureLearn course in Digital Economy at The Open University, he joins the team at a crucial time as the Assembly Rooms celebrates its 230th anniversary.

This appointment also follows the Usher Hall’s grading earlier this year as Scotland’s only five-star concert hall for the sixth year in a row.