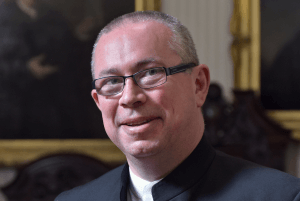 A Edinburgh hotel that re-invests its profits into advancing surgical standards is spending £8.5m on a 52 room expansion.

Offices used by the Royal College of Surgeons of Edinburgh (RCSEd) will be refurbished to allow for expansion of Ten Hill Place to 129 rooms.

Operated by the college’s commercial arm, the hotel posted record turnover of £2.69 million in its last financial year and an 88% occupancy rate.

Scott Mitchell, commercial director of RCSEd, said: “Our expansion will give us a greater platform to generate the profits that go directly towards improving lives for surgical patients all around the world – including those in areas of conflict and extreme poverty.

“Having initially targeted visiting academics, medical professionals and delegates to conferences; our customer base is now especially varied.”

RCSEd Commercial Enterprises – which started out as just three people and is now more than140 strong – will also rebrand to “Surgeons Quarter” to mark the expansion of the organisation – with the full destination branding expected to be complete by Summer of 2018 to coincide with the conclusion of work at the hotel.

Capacity of the restaurant and wine bar will also be increased, and the expansion will provide space for a gym.