Turnover up for year 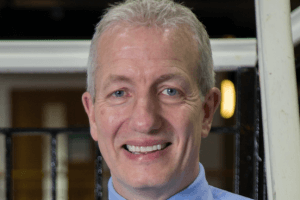 City Building has raised its return to Glasgow City Council by 71%, providing more than £9 million to be reinvested in public services across the city.

The £3.7 billion deal, which became effective in April, aims to provide improved services to tenants and guarantee thousands of jobs including highly sought after apprenticeships.

City Building is the biggest employer of apprentices in Scotland and has recruited more than 1,100 since the firm was established as an arm’s length organisation by Glasgow City Council in 1996.

Research published last year by influential think tank the Fraser of Allander Institute has shown that 94% of City Building apprentices complete their qualifications compared with an industry average of 75%.

“We are pleased that our improved performance will help to support public services and create job opportunities across the city.

“Our success is a testament to our hard-working staff and apprentices and they should all be proud of their contribution to our strong results.”

City Building’s £250m contract to build or refurbish more than 111 schools and other educational facilities across Glasgow continues to make a significant contribution to its financial results.

The results also show that City Building’s manufacturing division RSBi achieved 8.8% growth with turnover rising to £27.2m from £25m. RSBi is Europe’s largest supported employer and half of its 260 staff have a disability.

New projects secured in the past year include several commissions within the student accommodation market, furniture supply to the NHS, Scottish Prison Service and Scottish Fire & Rescue as well as a range of timber kits for various housebuilder clients.